What are the signs that Allah is content with me?

There are two signs of this:

We are homeschooling our children. What should we focus on teaching them?

You should focus on teaching them their tenets of faith, the rulings of Islam and general etiquettes. You should teach them a lot about the Sirah and life of the Companions. You should clarify to them how to live and interact in society.

Fathers who are often busy with work should fix a time which they spend with their children. 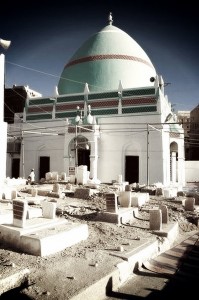 This love leads to the slave attaining the greatest form of representation of Allah [on the earth] such that his attributes merge into the attributes of Allah, as the end of the hadith testifies: “When I love him, I become the hearing with which he hears, the sight with which he sees..” So drink from this pure spring and don this ample cloak. Strive to remove the faults of your lower self which prevent you from being accepted.

Travel to your Lord in a state of lameness, humility and brokenness. Do not witness your own actions, but say with your tongue and your heart: “What am I and what are my actions?” The one who understands the verse: He is but a slave upon whom We have bestowed Our blessings[1] will be safe from the false claims of his lower self. Had it not been for Allah’s immense generosity, no-one would have witnessed or attained anything. A person’s actions are merely an expression of their slave-hood. Allah’s gifts [are not bestowed in proportion to a person’s actions but] are purely from His bounty and generosity.  Witness your shortcomings, however high your state is. Be a slave to Allah and not your desires. Recite litanies in abundance: a portion of the Qur’an, the litanies of the earlier scholars and the litanies of the heart. You gifts you receive are according to the litanies that you recite. 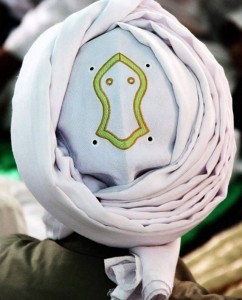 What are the conditions and etiquettes of wearing a turban (`imamah)?

There are two conditions.

Firstly the material which the turban is made from must be permissible to wear and not silk for example. Secondly it must be worn with a good intention such as following the Prophet ﷺ and the person wearing it must not be doing so to show off.

There are a number of etiquettes.

It should be worn while attending the Friday Prayer and at other important gatherings.

It should not be excessively large or small. The longest turban which the Prophet ﷺ is recorded to have worn is 7 or 10 or 13 cubits but it is only fitting for scholars and pious elders to wear a turban this length. An appropriate length for students of sacred knowledge and those who wish to follow the sunnah is 5 cubits.[1]

When tying the turban, a tail or two tails (`adhbah) should be left at the back in accordance with the Sunnah.