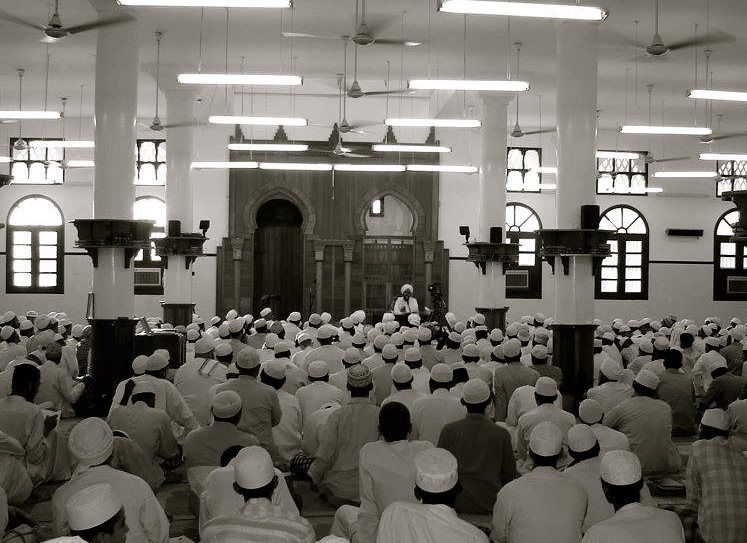 Before reciting the Mawlid, the scholars traditionally make a number of intentions. They then read Surat al-Fatihah and donate its reward to the Prophet ﷺ in the hope that their recitation and their intentions are accepted.

Here are some of the intentions that Sayyidi Habib `Umar bin Hafiz (may Allah preserve him and benefit us by him) makes prior to reciting the Mawlid.

The intentions in Arabic can also be downloaded here. 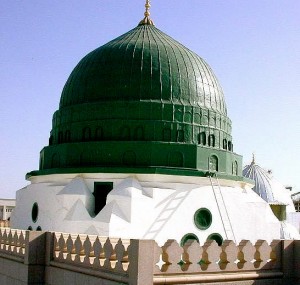 How do we deal with those who condemn celebrating the mawlid?

We should realise that the misgivings people have about the mawlid are false and that they have been wrongly spread in the Ummah. There is no valid evidence either intellectually or in the Sacred Law to support the prohibition of the recitation of the mawlid. There is no text in the Sacred Law that prohibits celebrating the birth of an animal, let alone the Prophet ﷺ. Thus reciting the mawlid would at the very least be permissible (mubah). However it is combined with acts of obedience, leads to an increase in people’s faith and increases their love for and connection to the Prophet ﷺ. It is thus regarded as being recommended (mandub) since it takes the ruling of the objectives that it is being used to achieve. It should be used in the best way, just as other means are used.

That being said, we must recognise that people have been affected by false beliefs so we should not be so rigid that we cause divisions amongst the Muslims and add fuel to the fire.

The situation may dictate that the mawlid be concealed or left, such as when it would have a detrimental effect on the da`wah. It should not be left merely in response to those who condemn it, especially when it is not expected that those people will respond to our da`wah. When the majority will benefit it should not be left.

We can also call it by another name such as ‘Commemorating the life of the Prophet’ or a gathering of remembrance or knowledge or poetry so that when people find out what it contains they will see that there is nothing in it which is impermissible.

Should we invite those who disagree with the Mawlid to attend?

Of the people that disagree with the mawlid, some are prepared to discuss the issue and if they can be convinced of its merit then they can be invited to attend. If they remain unconvinced we should show patience with them. Others may be aggressive in their rejection of the mawlid so we should not discuss the issue with them and we should not invite them. Those who have problems with some of the things that take place in the mawlid can be invited to attend at the end of the gathering, to share a meal for example.

I am responsible for organising a mawlid. Sometimes I am so busy with the organisation that I am not actually joyful during the mawlid. What should I do?

You should make the preparations for the mawlid while in a state of joy and at the same time following the Sunnah. The preparations should not be excessive and there should not be any ostentation. While organising you should have love for the Prophet ﷺ in your heart and be conscious that you are following him. While busy with the organisation you should be bestowing prayers upon him.

Translator’s Note : these principles can be applied to anyone involved in organising or serving gatherings of knowledge or remembrance.

We have a weekly gathering that moves from place to place each week. Should it continue to move or is it better that it should it be in one place?

Whatever is more beneficial: if it is easy for everyone to come together in one place and more people are able to attend then this is better. You should not neglect to visit other places from time to time though.

How can we attend mawlid gatherings sincerely for the sake of Allah?

We should attend seeking the pleasure of the Creator through loving and venerating His Prophet ﷺ and mentioning his attributes. We should then think about how we can act upon what we hear, and improve our following of the Prophet and making a firm resolve to attain the attributes that we hear mentioned. If we do this in every mawlid we attend we will be connected to the spirit and aims of the mawlid.