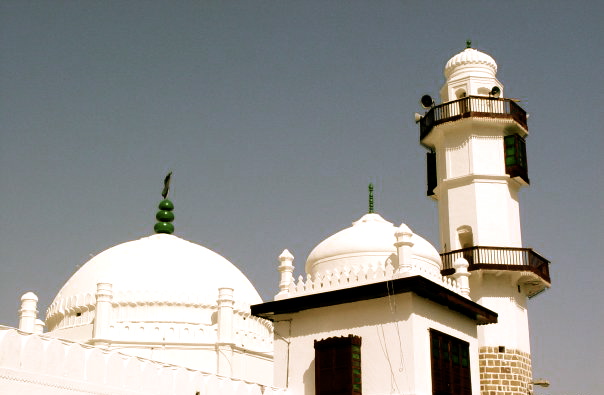 He was born in Tarīm in 851 (1447). His father said before his birth: “I have been given good tidings of a child who will be amongst the elect of Allah, who will receive special care from Allah (`ināyah) and who will possess noble character.” His father took care of his upbringing and spiritual progress, along with his uncle, Shaykh `Alī bin Abū Bakr al-Sakrān and Shaykh Sa`d bin `Alī Madḥaj. He memorised the Qur’ān and mastered the Islamic sciences while still in his youth, leading his father to appoint him as a shaykh of the inward and outward sciences at the age of 14. From then on his life was spent teaching and calling to Allah.

In his youth he would worship by night in the valleys outside Tarīm, along with his cousin, Shaykh `Abd al-Raḥmān bin `Alī. They would both read a third of the Qur’ān in prayer and then return to Tarīm before Fajr. Imām al-`Adanī went for twenty years without sleeping.

He requested his father’s permission to travel in search of knowledge, but first his father wished to test him. He told him to go to the marketplace and bring back someone who was worse than him. Imām al-‘Adanī followed his father’s instructions, but whenever he saw someone who outwardly did not seem to be upright he asked himself: ‘How can I judge his inner state?’ It was then that he came across a dog. He was sure that he was better than the dog and he decided to take it with him. Then a thought came to him: ‘If I cross the Ṣirāṭ and enter Paradise I am better than this dog, but if I fall into the Hell-Fire, then this dog is better than me.’ He thus left the dog and returned to his father, having found no one that was worse than him. His father was content that he had passed the test and allowed him to travel. 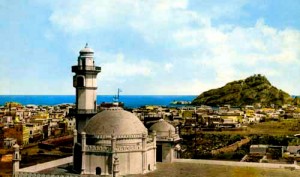 On his return from his second ḥajj, the scholars of the city of Aden heard that he was nearby and resolved to come to meet him. Instead, he informed them that he would come to visit them. Thousands of people came to greet him as he entered Aden on 13th Rabī` al-Thānī 889. He said: “It is my intention to take all these people to Allah.” The people of Aden continue to celebrate the day of his arrival in the city to this day.

He took up residence in Aden, built a mosque and began to teach. Students from far and wide came to learn from him and the religious life of Aden flourished. He had great concern for the common people, especially those not on the straight path. He said: “If I see a believer who Allah has given the ability to perform that which is incumbent upon him and to avoid enormities, then I am content. What troubles me is when I see a believer who has fallen into disobedience of Allah and into the traps of the Devil, so I expend my efforts to save him.” Knowing that the night is the time when most acts of disobedience are committed, he would gather the people together every night to remember Allah. The gathering would continue until Fajr, at which point he would lead the people in prayer and then give them a day’s wages and tell them to go home and sleep. Their souls thus became accustomed to obeying Allah, and they had no time to disobey Him.

He was famous for his noble character and immense generosity, which led him to accumulate great debts in order to help the needy. One of his companions rebuked him for accumulating these debts, to which he retorted: “Do not come between me and my Lord, for I have only spent this money seeking His pleasure, and He has promised me that He will pay back these debts before I leave this life.” Every year he set aside money for students of knowledge and visitors and contributed to many charitable projects, such as the repair of the mosques of Tarīm and the construction of drainage channels to prevent flooding in Aden and several areas of Ḥaḍramawt.

He said: “You must visit the awliyā’ and come to know them. Your intention must be correct and your belief must be firm, for the spiritual and physical realms are linked just like the spirit and the body are linked. No blessings come from the spiritual realm except by means of movement in the physical realm. The evidence for this is in Allah saying to Maryam: Shake towards yourself the trunk of the palm tree (19:22) and saying to Mūsā: Strike the sea with your staff (26:63). Allah thus made the shaking and the movement of the staff in the physical realm a cause for the receiving of blessings from the spiritual realm.”

He would often make the following invocation in his gatherings:

He remained in Aden until his death in 914 (1508). He was buried next to the mosque which he established. The sultan of the time erected a great dome over his grave and built a school next to the mosque, Ribāṭ al-`Aydarūs. The Ribāṭ continues to flourish to this day, under the directorship of Ḥabīb Abū Bakr al-`Adanī bin `Alī al-Mashhūr (may Allah preserve him), who has also greatly revived the annual visit in Rabī` al-Thānī.