Sayyidi Habib Umar bin Hafiz (may Allah protect him and benefit us by him) was asked if there is any dhikr that could be recited for protection from disease. He advised doing the following: END_OF_DOCUMENT_TOKEN_TO_BE_REPLACED

Thoughts of disbelief sometimes come into my mind. Does this take me out of the fold of Islam?

No this does not take you out of the fold of Islam. We are only taken to account for the thoughts which we are content with and agree with. We will not be taken to account for the thoughts which you dislike and ignore. This is a manifestation of Allah’s bounty. The Prophet said ﷺ : “Allah has overlooked for my sake my nation’s mistakes, forgetfulness and thoughts as long as they do not talk about it or act upon it.”

One way of driving these thoughts away is to repeat Allah’s name lengthening the ‘a’ (Allaaaah) and raising the head upwards towards the sky.

There is nothing better than imploring Allah for His assistance and remembering Him constantly. Anyone who feels that they are unable to purify themselves should turn to Allah and say (as Imam al-Haddad says):

My Lord, my lower self has overpowered me

And deluded me with false hopes,

It subdues me with worldly pleasures,

and shackles me in chains.

I seek Your support, my Lord,

in curing my heart.

Release me from distress and look

(kindly) on my sorrow and dispel it.

How does a seeker of knowledge attain openings?

Seekers must abide by the etiquettes of seeking knowledge. They must spend time reviewing what they have studied with fellow students and write down important points which they learn.

They should call upon Allah by His names the Opener, the All-Knowing 100 times a day:

They should also repeat Ayat al-Kursi followed by this prayer upon the Prophet ﷺ :

O Allah, bestow prayers and peace on our master Muhammad and his Family in every instant and every breath equal to the amount of everything known to You 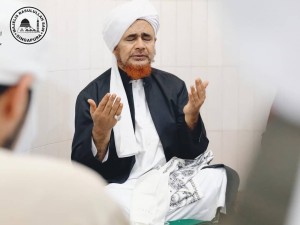 Do not deem yourself incapable of repenting even if you keep committing the sin a hundred times a day. Do not forget that you have a Lord Who is completely aware of you. As long as you repent to Him sincerely He will see this, even if you keep repeating the same sin. He will rid you of this disobedience in due course, according to your sincerity.

You must never cut your connection to Him. Never believe what the Devil, your enemy, tells you. Do not say to yourself that there is no hope for me and that I will never be able to stop doing this. No! This is a ploy which your lower self and the Devil use to cut you off from your Lord.

Go back to Him in a state of remorse, and say: “O Lord, help me.” If you fall into it again, return to Allah with remorse once again, repent and resolve never to do it again.

When Allah witnesses your sincerity and persistence, He will have mercy on you. He will strengthen you and you save you from this act of disobedience, whenever He wishes.

Allah says: Those who, when they do something shameful or wrong themselves, remember Allah and seek forgiveness for their sins – and who can forgive sins except Allah? – and who never knowingly persist in doing wrong (Al-Imran, 3:135).

Distance yourself from the people, the places and the devices which cause you to sin.

Instead keep the company of the pious and make abundant remembrance of Allah. This will have an effect on you.

“He is Allah, there is no deity save Him, Knower of the unseen and the seen, He is the All-Compassionate, the All-Merciful.” (Al-Hashr, 59:22)

All enabling grace is from Allah. 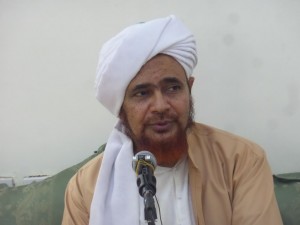 There has been a spate of acid attacks recently. What can we recite to protect ourselves from these kind of attacks?

Sayyidi Habib Umar bin Hafiz (may Allah protect him and benefit us by him) recommends reciting the following adkhar every day with the intention of bringing relief and protecting Masjid al-Aqsa from being violated.

‘Our Lord, forgive us our sins and our transgressions, make our feet firm and assist us against those who reject faith.’ (3:147)

O Allah, bestow Your prayers and peace upon our Master Muhammad, the one who You caused to travel by night from the Masjid al-Haram to the Masjid al-Aqsa and then raised to the highest heavens and upon his Family and Companions, the best of people and upon those who follow them with excellence. May Allah awaken the hearts of the Muslims and foil the plots of the aggressors, Your enemies who are violating Bayt al-Maqdis and all those who support them among the people of evil on the earth. May He protect us and all the people of la ilaha ill’Allah from their harm and evil and may He inspire us to do what is right in every moment, O Most Merciful!

I am preparing to get married. Is there something I should recite at this time?

Recite the following in abundance:

This is what Allah willed; there is no strength or power save by Allah.

O Allah, bestow prayers, peace and blessings upon our Master Muhammad and his Family

Also repeat the last two verses of Surat al-Tawbah. This has the effect of bringing harmony between people.

There has come to you a Messenger from among yourselves, grievous to whom is your burden, concerned (is he) for you; for the believers (he is) full of compassion, merciful. If they turn away say: ‘Allah is sufficient for me; there is no deity save He. On Him do I rely; He is the Lord of the Awesome Throne.’ (Al-Tawbah, 9:128-9)

What should we do upon moving into a new house for blessings?

You should intend what the pious intended when they moved into a new house. Part of that is to intend that your house be a place of mercy, knowledge, remembrance of Allah and a place in which guests are received and honoured.

You should invite the pious, your relatives and those that you love for Allah’s sake and recite the mawlid along with Surah Ya Sin as a housewarming celebration.

You should recite the Qur’an and the adhkar in the house in abundance.  Surat al-Baqarah specifically should be recited , ideally every three days but if that is not possible then at least once.

Whenever any family member enters they should mention Allah’s name and recite Ayat al-Kursi once and Surat al-Ikhlas three times.

What dhikr can we give someone who is close to death?

They can recite the following 40 times and then repeat this at intervals:

There is no deity other than You. Transcendent are You. Truly I am one of the wrongdoers.