Habib Umar bin Hafiz (may Allah preserve him and benefit us by him) tells the following story to illustrate the necessity of placing one’s hopes in Allah alone. (The story is narrated by Imam Ibn Asakir in Tarikh Dimashq) END_OF_DOCUMENT_TOKEN_TO_BE_REPLACED 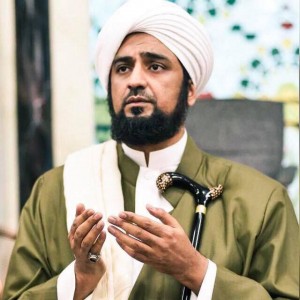 A talk by Habib Muhammad bin Abd al-Rahman al-Saqqaf (may Allah protect him) entitled Our Liege Lady Fatimah, the Resplendent.

Habib Muhammad gives beautiful insights into the life of the greatest of women and the lessons we can learn from her. 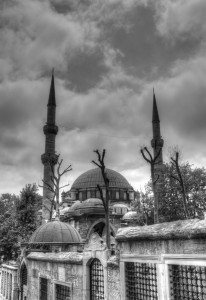 What intentions should we make when visiting Sayyiduna Abu Ayyub al-Ansari in Istanbul?

Firstly we should intend making the Prophet ﷺ happy. We should ask that just as the Prophet physically resided in the house of Abu Ayyub that the light and guidance of the Prophet reside in our hearts and then our hearts resemble that house. We should congratulate Abu Ayyub on the gifts bestowed upon him by Allah: that the Prophet stayed in his house, that he was given the ability to follow the Prophet and sacrifice everything in the path of Allah. We should thank Allah along with him for this. 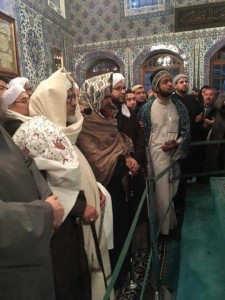 What should we mention when we talk about Sayyiduna al-Husayn at the time of Ashura?

We should talk about his upbringing and his character – his mercy, compassion and generosity. We should refer to the biographies of respected scholars from Ahl al-Sunnah. As for his martyrdom we can mention the fact that he requested one of three things from his killers: that he be allowed to return to al-Madinah or that he be allowed to go to fight jihad on the frontiers or that he be allowed to meet with Yazid ibn Muawiya. However, they rejected his request. He tried to save the lives of his relatives by telling them to leave but they insisted on staying with him.

On 20th Jumada al-Akhirah we commemorate the life of Sayyidatuna Fatimah (peace be upon her), the day on which she was born.

Here are some episodes on her life, presented by Habib Muhammad bin Abd al-Rahman al-Saqqaf (may Allah protect him) as part of the series, “The Perfected Women.”

The Perfected Women is a series presented by Habib bin Abd al-Rahman al-Saqqaf. He discusses the best women to have ever lived in this world, and shows how Muslim women of today can emulate them.

The Battle of Mu’tah, in modern day Jordan, took place in Jumada al-Ula in the eighth year of the Hijrah. The Prophet ﷺ had sent al-Harith bin `Umayr Al-Azdi with a letter for the ruler of Busra in Syria. On his way, however, he was intercepted and killed by Shurahbil bin `Amr Al-Ghassani. As a result, the Messenger of Allah ﷺ sent an army to discipline the transgressors. He appointed Sayyiduna Zayd bin Harithah to lead the army and gave him the standard. Sayyiduna Ja`far bin Abi Talib would replace him if he was killed, and Sayyiduna `Abdullah bin Rawahah would succeed Ja`far in case the latter fell. These were among the greatest of the Companions.

Sayyiduna Zayd bin Harithah was the beloved of the Messenger of Allah ﷺ and preferred him over his own parents and family.

Sayyiduna Ja`far bin Abi Talib was the older brother of Sayyiduna `Ali. He made hijrah twice: to Abyssinia first and then to al-Madinah. He was the one to whom the Messenger of Allah ﷺsaid: “You resemble me in your physical appearance and in your character.”

Sayyiduna `Abdullah bin Rawahah was one of the Prophet’s poets. He used his poetry to praise and defend the Messenger of Allah ﷺ . Before departing on this expedition he wept. He explained it was not out of fear of going into battle, but rather due to his reflection upon Allah’s statement, referring to the Hell Fire: Every one of you will pass over it.1 He wept out of fear that he would not be among those saved from it.

In the Battle, the Companions came up against vastly superior forces made up of Byzantine soldiers and Arab tribes loyal to them. When the fighting started, Sayyiduna Zayd was the first to be martyred. Sayyiduna Ja`far then assumed leadership and carried the standard in his right hand until it was cut off. He seized the standard with his left hand until that too was cut off. He then clasped the standard with both arms until he was mortally wounded. He was offered water but he refused to drink it, due to the fact that he was fasting. Sayyiduna `Abdullah bin Rawahah then took the standard until he too was killed. Sayyiduna Khalid bin Walid later assumed leadership and managed to inflict losses upon the enemy and then withdraw safely with only a few losses. The Messenger of Allah ﷺ described him as one of the swords of Allah.

The Messenger of Allah ﷺ , meanwhile, was in al-Madinah watching events unfold. He informed his Companions that Allah had given Sayyiduna Ja`far two wings to replace his hands and allowed to him fly wherever he wished in Paradise. He also informed them that Sayyiduna Ja`far, out of his love for the Messenger, came to give him greetings of salam before entering Paradise.

Upon learning of the martyrdom of Sayyiduna Ja`far, the Prophet ﷺ went to his house. He counselled Ja`far’s wife, Sayyidatuna Asma’ bint `Umays, to remain steadfast and he treated Ja`far’s sons, `Abdullah and Muhammad, with immense compassion. He kept them with him for three days until things had settled in their house. When the army returned to al-Madinah, he went out to meet it with `Abdullah riding with him on his camel.

Every year in Jumada al-Ula, Sayyidi al-Habib `Umar bin Hafiz (may Allah preserve him and benefit us by him) travels to Jordan to visit Sayyiduna Ja`far and the other martyrs of Mu’tah. In doing so, he encourages the Ummah to strengthen its connection to that blessed generation and to emulate them in their love for Allah and His Messenger ﷺand their readiness to sacrifice everything for them.