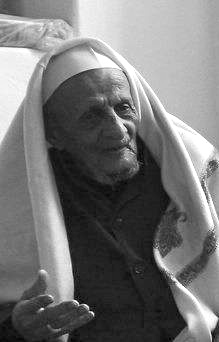 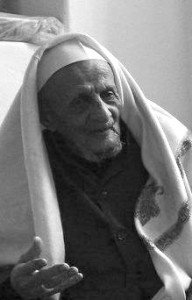 It is with great sadness that we announce the death of Habib `Ali bin Muhammad al-`Attas. He passed away on Tuesday, 9th Muḥarram 1435/ 12th November 2013 in Huraydah, Hadramawt, at the age of 102. In his youth he studied under Habib `Abdullah bin `Umar al-Shatiri in the Ribat of Tarim and became one of the greatest scholars of the region. He ended his life as he had lived it, and spent the night before he died poring over books of the Sacred Law.Habib `Abd al-Qadir al-Saqqaf described his existence in our times as a blessing. He was known for his knowledge, humility and uprightness. He said that he had not left the night prayer nor any of his adkhar for the last seventy years.

Sayyidi al-Habib `Umar bin Hafiz (may Allah preserve him and benefit us by him) and many of the scholars of Ḥaḍramawt attended his janazah after maghrib in his hometown of Ḥurayḍah. He was then buried outside the qubbah (dome) in which his ancestors, the great Imams, Habib Abu Bakr bin `Abdullah al-`Attas and Habib `Umar bin `Abd al-Rahman al-`Attas, are buried.

May Allah raise his rank and unite him with his forefathers and his grandfather, the Messenger of Allah (may Allah bless him and grant him peace) in the highest stations of Paradise. May Allah bring forth people to replace this great scholar and fill the gap his death has left. May Allah bless all his loved ones with sabr.