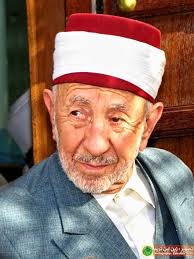 Sayyidi Habib Umar bin Hafiz (may Allah protect him and benefit us by him) discusses the problems the Ummah is currently facing and offers solutions to those problems. A summary of a Friday khutbah delivered in Masjid al-Rawdah, Tarim, on 10th Jumada al-Ula 1434 / 22nd March 2013. These words come in the wake of the shocking murder of Shaykh Muhammad Sa’id Ramadan al-Bouti (may Allah have mercy upon him) in Syria the previous night.

O believers in Allah, the Messenger of Allah ﷺ, the one entrusted with guiding us and rectifying us, taught us how to respond to calamities and hardship. He taught us that the founding principle is returning to Allah and calling upon the One Who has control over all affairs. We need to realise our slavehood to Him and to realise our complete subjection to His power and authority.

In spite of this, many hearts have deviated and instead of turning to Allah, the One Who says to anything: “Be” and it is, they seek to rectify the Ummah through means which were not legislated by the Seal of Prophets ﷺ. At the same time; they persist in disobeying Allah in their homes, on the streets and in their dealings with each other. They disobey Him with their tongues, their eyes, their ears, their hearts, their stomachs, their private parts, their hands and their feet. They disobey Him by day and by night, in secret and openly. For that reason their suffering continues and they are unable to rectify themselves or anyone else. They try to repair a crack but this leads to numerous other cracks; they try to solve one problem but this leads to numerous other problems. This will always be Allah’s way.

Had it not been for the existence of a few people who humble themselves to Allah, cry to Him and plead with Him, things would be far worse. How many people are crying in the night, pleading with Allah to remove the tribulations that have befallen the Ummah of Muhammad? How many people have sought means to rectify the Ummah while forgetting that Allah is the One who created those means? Is it not incredible that people who belong to a religion that teaches them excellence and perfection even in the way they slaughter their animals are unable to treat each other well? Has the time not come for us to realise the greatness of this religion?

This is a religion that teaches us not to wrong each other; it teaches us justice, piety and awareness of Allah. Look what the Messenger said to the Noble Companions: “`Ikrimah the son of Abu Jahl is about to approach wishing to accept Islam, so do not insult his father, for insulting the dead harms those who are alive.”

People have reached the state that the Prophet ﷺ warned them against: “Do not return to being disbelievers after I have gone such that you kill each other.” If they differ in opinion with someone they regard it as permissible to spill his blood—not to speak of taking his possessions and defaming him. Every group claims to provide security and safety but this claim has no meaning if places of worship are not places of safety.

Nothing is graver in Allah’s sight than bloodshed. It has been narrated: “Had all the inhabitants of the heavens and the earth conspired to wrongly spill the blood of a Muslim, Allah would throw them all in the Fire.” The Messenger of Allah ﷺ said: “The believer remains within the parameters of the religion as long as he does not unlawfully shed someone’s blood.” He spoke severely to Usamah bin Zayd, who was beloved to him: “Did you kill the one who fought you after he said: la ilaha ill’Allah? Woe to you! What will you do with la ilaha ill’Allah on the Day of Judgement?” This is the methodology of Muhammad, the one who forbade Muslims from killing the enemy when they are retreating from the battlefield, the one who forbade Muslims from killing women and children. He refused to kill the hypocrites as long as they outwardly professed Islam; he refused to kill non-Muslims as long as they outwardly honoured the treaty that he had made with them. Who is our example if it is not our Master Ahmad?

One of the Companions said: “O Messenger of Allah, a disbeliever cut off my hand and then took refuge behind a tree and said la ilaha ill’Allah. Should I kill him?”

In spite of all this, we find people entering one of the houses of Allah and blowing up scholars and pious people, the young and the old, hoping to enter Paradise. Who gave them that fatwa (legal opinion)? The Messenger of Allah clarified the issue. Where did you get your understanding from? He also said: “If death comes to someone while he is seeking knowledge to revive Islam then there is only one degree between him and the Prophets in Paradise.” Do not justify something which Allah has not justified. If a man was wrongly killed in the East and a man in the West was content with this, then he is an accomplice of the one who killed him. “Whoever assists in the killing of a Muslim even with half a word will meet Allah and it will be written on his forehead: ‘I have despaired of Allah’s mercy.’”

O believers, we have to truly return to Muhammad so that Allah removes our tribulations. We must reproach ourselves, for this is what Allah loves: Allah will not change what is in a people until they change what is in themselves.

Allah is sufficient for me; there is no god but He. On Him I rely; He is the Lord of the Awesome Throne.

May Allah inspire the Muslims to recite it and inspire them to seek relief from their sufferings through following him.

The Messenger of Allah ﷺ also said: “No slave ever says [the following words] when he is afflicted with worry or grief except that Allah removes his worry and replaces his sorrow with joy:

O Allah, I am Your slave, the son of Your male and female slave, my forelock is in Your hand, Your order will be implemented, and Your decree concerning me will be just. I ask You by every name You possess, of the names which You have called Yourself, or revealed in Your Book, or taught to any of Your creation or kept to Yourself in the unseen realm, to make the Qur’an as a garden for my heart (to wander in), and to make it the light of my vision, and the cause for the removal of my sorrow and my worry.”

May Allah relieve the suffering of every Muslim.

Our Lord, forgive us and those who have preceded us in faith and do not allow any rancour towards those who believe to enter our hearts. Our Lord, truly You are Most Kind, Most Merciful.