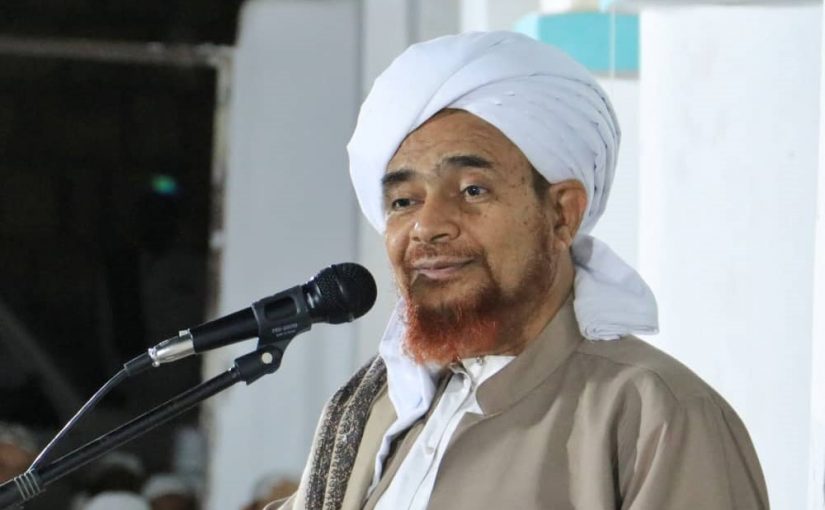 Sayyidi Habib Umar bin Hafiz (may Allah protect him and benefit us by him) talks about the importance of remaining connected. Extracts from a talk delivered in Masjid Ba `Abbad, on the visit to the Prophet Hud (peace be upon him), 7th Sha`ban 1434 /16th June 2013.

We find that at times people are given openings and unveilings as a result of their acts of worship or they are given success in calling people to Allah. They then, however, become disconnected from their chain of connection to the great shaykhs and to the Beloved ﷺ. They may think they are gaining something when in fact they are losing. Allah did not allow anyone to see themselves as being independent of their chain of connection.

The best of the Companions had the utmost concern for this connection, right up until the end of their lives. This is why Sayyidunā `Umar, when death was approaching, was concerned with preserving this connection. He knew that the spread of Islām and the spread of justice that had taken place at his hands was not a result of his strength or intellect, but rather was the result of his connection to the Messenger of Allah ﷺ and that he was in no way independent of him. He was concerned with maintaining a physical as well as a spiritual connection. He thus sent his son to seek permission from Sayyidah `Ā’ishah, the Mother of the Believers, for him to be buried in her house next to the Messenger of Allah and Sayyidunā Abū Bakr. Sayyidah `Ā’ishah said that she had been keeping that place for herself but that she was happy for him to be buried there.

When he heard this, Sayyidunā `Umar said: “Praise be to Allah that there was nothing in my heart more important than this.” This is the one at whose hands great openings took place, the one who was known for his piety and justice, the one who struck fear into the hearts of the disbelievers – the most important thing for him was to be near the Beloved ﷺ.

Today anyone who has the smallest success in calling people to Allah thinks he has the right to be given precedence or to be shown respect. The Prophet ﷺ himself said, however: “I am but a slave, I eat as a slave eats and I sit as a slave eats.” Shaykh Abū Bakr bin Sālim saw the immense love and veneration that people had for him when he led the visit to the Prophet Hūd 8 at the end of his life. He saw people crowding around him and he knew that it was not due to his own efforts but rather the manifestation of Allah’s bounty through the mediums that He created. He wept profusely and repeated Allah’s words in his soul and in his heart, witnessing his slavehood: He is but a slave upon whom We have bestowed Our blessings (Al-Zukhruf, 42:59).