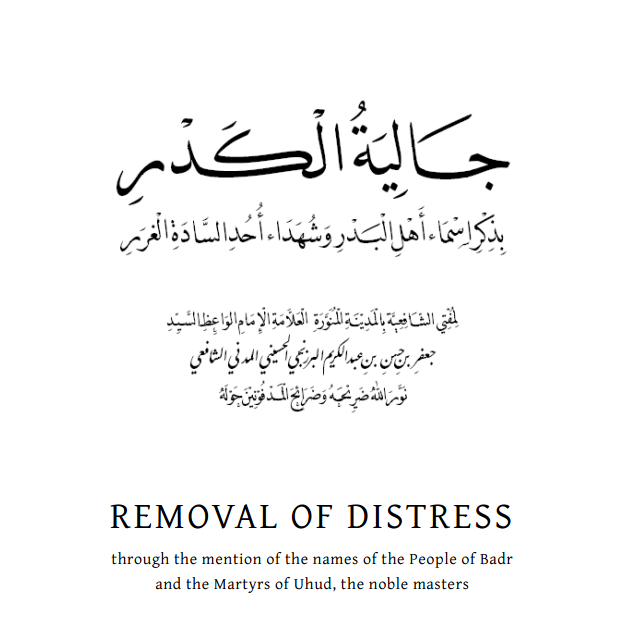 On the 17th of Ramadan, a poem called Jaliyat al-Kadr is recited in Dar al-Mustafa. It is a poem in which the names of all the Companions that attended the Battle of Badr (may Allah be well pleased with them) are mentioned. It was compiled by Habib ‘Abdullah bin Mustafa al-‘Aydarus (may Allah have mercy on him). In it he calls upon his Lord to remove all difficulties by mentioning the Prophet, upon him be peace, and his closest and most beloved Companions who fought at the great battle of Badr.

This great poem has been translated by Sh. Abdul Aziz Ahmed (may Allah protect him and increase him), and can be downloaded here.