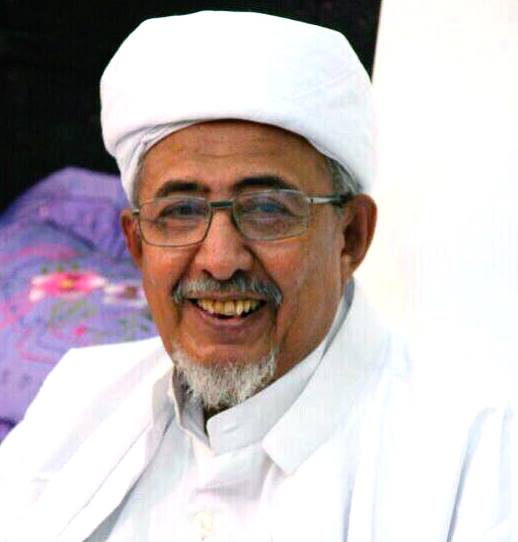 It is with great sadness that we announce the death of al-Mansib, Habib Hamid bin Muhammad Hamid Ba ‘Alawi. He was one of the pillars of Tarim and imam of Tarim’s greatest mosque, Masjid Ba ‘Alawi. He passed away before Fajr on Saturday, 19th Shawwal 1435/ 16th August 2014 at the age of 71. In his youth he studied under his father and other great imams, among them Habib `Alawi bin Shihab and his son Habib Muhammad and Habib Salim bin Hafiz.

His janazah took place after Asr on Saturday. Before the prayer, Habib Salim al-Shatiri spoke of the honour that Habib Hamid was blessed with in being imam of Masjid Ba `Alawi. He mentioned that in every inch of the mosque one of the great imams had prostrated. Habib Hamid’s forefathers had been the imams of Masjid Ba `Alawi since the time of the great Imam, Hamid bin Umar Hamid. Habib Hamid would always preside over the gatherings that took place in Masjid Ba `Alawi on blessed nights such as the night of `Ashura, Layat al-Isra w’al-Mi’raj and most recently the Khatam on the 27th night of Ramadan.

Sayyidi al-Habib `Umar bin Hafiz then mentioned some of Habib Hamid’s virtues, particularly the noble character that he showed the people of his household. He said that the salvation of the Ummah is in returning to the values that Habib Hamid embodied.

Habib Hamid was then buried in the Zanbal graveyard. May Allah raise his rank and unite him with his forefathers and his grandfather, the Messenger of Allah ﷺ in the highest stations of Paradise. May Allah fill the gap his death has left. May Allah bless all his loved ones with sabr. 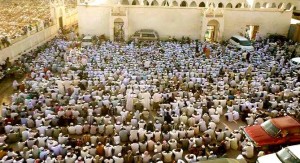