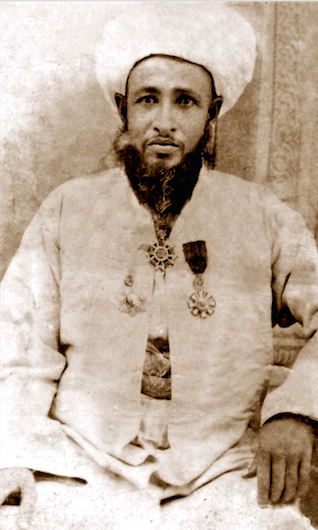 Habib Ahmad bin Abu Bakr bin Sumayt, the father of Habib Umar bin Sumayt (may Allah have mercy on them and sanctify their secret) discusses the means of attaining Allah’s love.

It is inconceivable that Allah’s love be in any way similar to human love, which may be defined as tenderness in the heart. Some scholars say Allah’s love is expressed in His actions such as showing His favour and bounty to His slave, or showing His slave special care by protecting him and drawing him close.

As for the slave’s love for Allah, it is expressed initially in his submission to Him, in his seeking Allah’s pleasure and in avoiding everything that displeases Him. At a higher stage it is a lofty station that words cannot express, the product of the purification of the soul from all worldly attachments. Someone who has reached this stage is unable to part with his Beloved and finds comfort in constant remembrance of Him.

The means of attaining this love are numerous. Here are some of them:

Allah is displeased if you do not ask Him

The above is an extract from al-Kawkab al-Zahir, a commentary on Imam al-Haddad’s poem Nasim Hajir.

Habib Ahmad bin Abu Bakr bin Sumayt , was born in 1277 Hijri (1861 CE) in the Comoros Islands. Habib Ahmad received his early education from his father and then travelled to Hadramawt in search of knowledge in 1298. He lived in the city of Shibam and would make regular visits to Tarim and Seiyun and other parts of Hadramawt. He received inward and outward knowledge from masters such as Habib `Aydarus bin `Umar al-Habashi, Habib Ahmad bin Hasan al-`Attas, Habib `Abd al-Rahman bin Muhammad al-Mashhur, Habib `Ubaydullah bin Muhsin al-Saqqaf and Habib `Ali bin Muhammad al-Habashi, who was the shaykh from whom he received his opening. In 1300 he travelled to Zanzibar, where he was appointed Qadi by the Sultan. However, he had a longing to travel the earth and in 1303 he left Zanzibar, going first to Istanbul, where he was graciously received by Sultan `Abd al-Hamid, and then to Egypt, the Hijaz, Java and India. In 1305 he returned to Zanzibar and was reinstated as Qadi. He once again visited Hadramawt in 1316 but lived out the rest of his days in Zanzibar, where he died in 1343 (1924). He authored a number of works, which include commentaries on the works of Imam al-Haddad, and some of his fatwas were collected. His son Habib `Umar went on to become a great scholar and caller to Allah. May Allah benefit us by Habib Ahmad and his progeny.