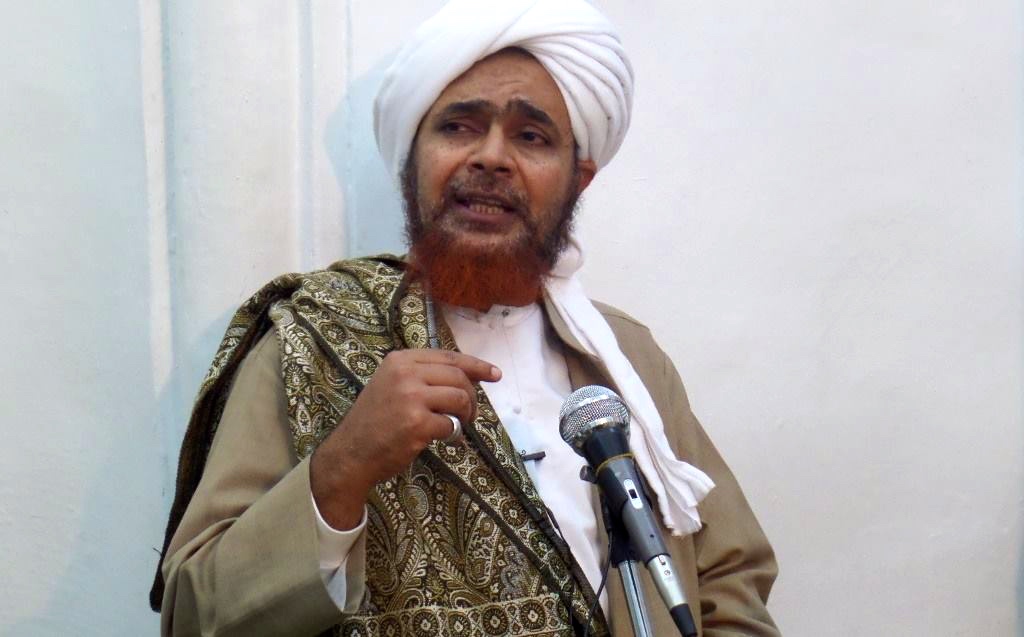 The Messenger of Allah ﷺ said: “A person is with the one they love.”

You can gauge your love for Allah and His Messenger by gauging how much you are with them.

The Prophet ﷺ was in the highest state of being with his Lord. For that reason he said:

Sayyiduna Ibrahim says in the Qur’an that it is his Lord: “It is He Who created me and it is He who guides me; Who gives me food and drink.” [26:78-9]

He was constantly with Allah, even when he ate and drank. One of the knowers of Allah said:

The Companions and the pious people of this Ummah were constantly with the Messenger of Allah ﷺ in all their states.

One of the Companions repeated three times, addressing the Prophet  ﷺ:

“I love Allah and His Messenger!”

He replied ﷺ on each occasion:

“You are with the one you love.”

Sayyiduna Abu’l-`Abbas al-Mursi said: “If the Prophet ﷺ was absent from me for an instant, I would not consider myself a Muslim.”

Habib `Umar bin `Abd al-Rahman al-`Attas asked: “How can he be absent from us when he is the source of our existence?” In other words, without him, we do not exist.

‘I receive from my grandfather, the Messenger of Allah, care, status, assistance, inheritance and preferential treatment.’

These people reached the highest stations of being with the Beloved ﷺ .

Some people reach high stations in closeness to the Beloved ﷺ before the month of Rabi is over. If you are not going to attain it in this month, then when?