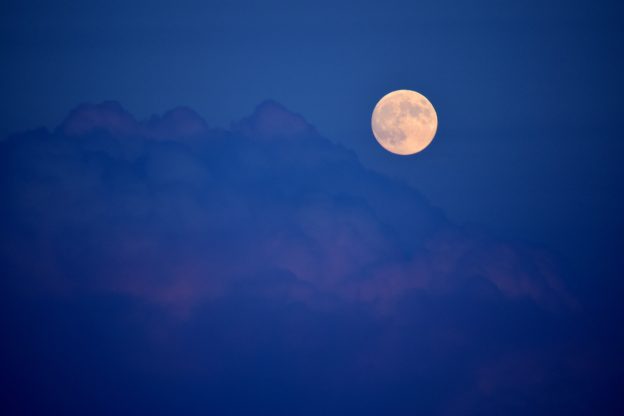 The Night of Mid-Sha’ban, known in Arabic as Laylat al-Nisf min Sha’ban, is one of the greatest nights of the year. In the Islamic understanding, the night precedes the day so it falls on the night before the fifteenth day of Sha’ban. `Ata’ bin Yasar said that after Laylat al-Qadr there is no night better than the Night of Mid-Sha’ban. Its greatness is due to the divine gifts that are bestowed during it.

One night Sayyidah Aishah noticed that the Messenger of Allah ﷺ had left her house. She went out to see where he was and found him in the Baqi` Graveyard raising his arms to the heavens in supplication. He said to her that on that night, the Night of Mid-Sha’ban, Allah forgives more people than there are hairs on the sheep of the tribe Kalb, an Arab tribe renowned for the great flocks of sheep that its members possessed.1 He also said ﷺ : “Allah gazes at His creation on Night of Mid-Sha’ban and then forgives all His slaves except for two types of people: those who attribute partners to Allah and those who have rancour for their fellow Muslims.”2 The Prophet ﷺ said that when this night comes we should spend it in prayer and fast the following day because truly Allah calls out to His slaves from sunset until dawn: “Is there anyone seeking forgiveness from Me so that I may forgive him? Is there anyone seeking provision from Me so I may provide for him? Is there anyone suffering so I may relieve his suffering?”3

Imam Ali went out on the Night of Mid-Sha’ban and gazed at the heavens. He said that the Prophet Dawud (peace be upon him) went out at a similar time on this same night and said that if anyone calls upon Allah at this time, Allah answers him and if anyone seeks His forgiveness, He forgives him. For this reason he would spend the night in worship. It has been narrated that the Messenger of Allah ﷺ said: “There are five nights on which dua is not rejected: the first night of Rajab, the Night of Mid-Sha’ban, Thursday night, the night before Eid al-Fitr and the night before Eid al-Nahr (al- Adha).”4

‘Ikrimah and other commentators of the Qur’an were of the opinion that the “Blessed Night” referred to in Surah al-Dukhan is the Night of Mid-Sha’ban.5 Allah says of it: In it every decreed affair becomes distinct.6 According to this opinion it is the night in which everything that Allah has decreed for His slaves for the ensuing year becomes manifest. Their provision is allotted and those who are destined to die are named. `Ata’ bin Yasar said that on this night the Angel of Death receives a scroll on which are the names of all those who are destined to die in the coming year. He said: “A man may plant crops, get married and build buildings while his name has already been recorded amongst the dead. The Angel of Death is only waiting for the order to take his soul.” Thus many of the pious would ask Allah on this night to be recorded amongst the felicitous, just as they would ask for plentiful provision.

Sayyiduna `Umar bin `Abd al-`Aziz said: “Do not neglect four nights in the year, because on those nights Allah pours His mercy upon His slaves: the first night of Rajab, the Night of Mid-Sha’ban, the night before Eid al-Fitr and the night before Eid al-Adha.” It was thus the habit of some of the early Muslims to “bring life” to the fifteenth night of Sha`ban. They encouraged people to come together in the mosque on that night to pray, supplicate and seek forgiveness.

A number of the hadith that talk about the immense gifts which Allah bestows on this night mention several categories of people that are excluded from receiving these gifts. Among those mentioned are those who attribute partners to Allah and those who have rancour in their hearts for their fellow Muslims. Some of the scholars mentioned specifically those who insult the Companions or the early generations of the Muslims or declare their fellow Muslims to be disbelievers or innovators. Other categories mentioned are those who fornicate, cut the ties of kinship or disrespect their parents.

These categories of people are also denied forgiveness and acceptance on other great nights such as the first night of Ramadan and Laylat al-Qadr. We should thus do our utmost to avoid these attributes. One of the early scholars said: “The best attributes are to have a sound heart, a generous soul and sincerely want good for the Ummah. Through these qualities the great ones reached the stations that they reached, not through a great amount of prayer and fasting.”

May Allah not deprive us of any of the gifts that are bestowed on this great night. May He give us the ability to seek His pleasure by praying to Him and seeking His forgiveness in this night. We ask that He decrees for us all that is good and deflects from us all that is harmful. May He bestow never-ending peace and blessings upon our guide and master Muhammad, through whom we came to know the superiority of one time over another and in whose guidance is all good in this life and the next.

5 The majority of commentators, however, say that the night referred to is Laylat al-Qadr