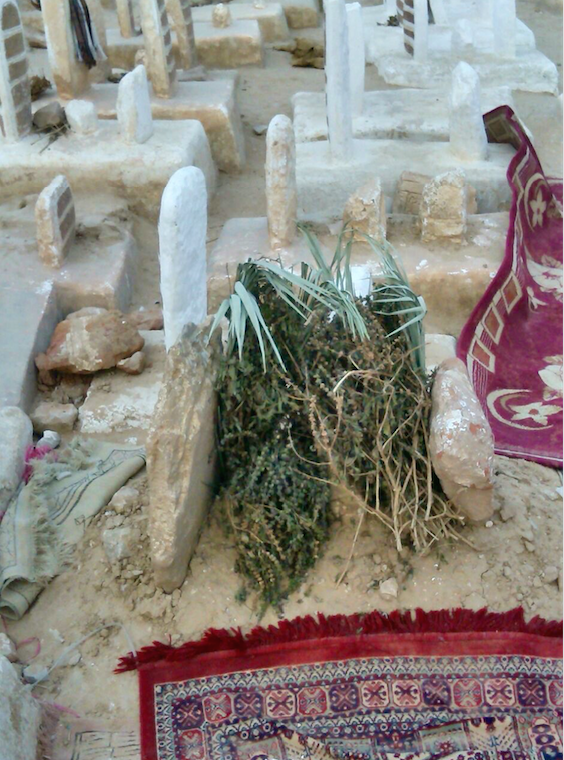 Sayyidi Habib Umar bin Hafiz (may Allah preserve him and benefit us by him) talks about his mother, Hababah Zahra’s early years, her funeral and her grave. He also describes his father, Habib Muhammad bin Salim bin Hafiz, may Allah have mercy upon them both.

He said of her: “She completely absorbed the methodology of Hadramawt and was a model of someone who followed this spiritual path. She possessed the attributes of human perfection and showed people how to fulfil their role in life.”

She had a pious upbringing in the town of Dammun on the outskirts of Tarim. As a child she learnt the Qur’an and the foundations of the religion. She went on to teach a large number of women in her home town, some of whom are still alive today. She would recite the Qur’an and adhkar and perform acts of worship in abundance.

At the same time she would serve her family. Her mother would send her on errands which were appropriate for a girl of that age such as conveying messages to people. She learnt how to run the affairs of the house in the best way in a spirit of being content with whatever was available.

She venerated Muslims in general and the pious, the elderly and people of knowledge specifically. She would respect her relatives and anyone that was older than her. Even if people wronged her, she would treat them well.

She had immense modesty and bashfulness. When she approached the age of marriage she would only permit her parents and those closest to her to see her face and hair. If her female neighbours had wished to see even one hair on her head they would not have been able to do so. This was the tradition of that society.

A number of people wished to marry her but Allah willed that she marry my father, Habib Muhammad bin Salim. She got married in the year 1357 (1938) at the age of eighteen and she moved from Dammun to the house which Habib Muhammad built in Tarim. To begin with the house consisted of one room, a storeroom, a kitchen and a toilet. If you visit the house now the present reception area or hall was the room in which she lived. They hardly had any of the utensils or furnishings which people normally have at the time of marriage. Habib Muhammad only possessed three plates, one saucepan and one spoon, the edge of which was broken.

Habib Muhammad was constantly engaged in teaching and attending gatherings and she would take care of the house and serve guests. She honoured his parents and relatives. Habib Muhammad’s father, Habib Salim, would come from Mishtah to stay with them. Habib Salim was impressed by how beautifully she washed his clothes.

Along with taking care of the affairs of the house, she would attend gatherings of knowledge. Habib Muhammad began authoring his book al-Tadhkirah aI-Hadramiyyah, which covers all religious knowledge that it is compulsory for women to know. Whenever he completed a section of the book he would give it to Hababah Zahra and she would read it to one of the main female scholars of the time, the daughter of Habib Abu Bakr al-Siri, in one of the women’s gatherings.

Her first child was Habib Ali al-Mashhur. He was born in 1358 (1939), around a year after the marriage. Throughout the time that she was pregnant with Habib Mashhur and her other children she would never miss a gathering or fall short in fulfilling her duties in the house, even the night on which she gave birth. She had already learnt the principles of raising children from her parents and the society in which she had been raised and now she learnt from her husband how to practically implement these principles.

Her housework would not prevent her from reading her adhkar. On the day of Ashura for example, when it is recommended to recite Surat al-Ikhlas 1,000 times, she would give her subhah (prayer beads) to her oldest daughter and tell her to count while she recited and at the same time drew water from the well, washed clothes and made bread.

This is how she lived for the rest of her life, venerating Allah and His Messenger ﷺ, the path of her pious predecessors and the religion above everything else. We have recently been reading the counsel that she wrote for us. In it she counselled us to hold fast to the path of our predecessors, to show mercy to people and to call people to Allah.

She learned abstinence from her husband in theory and practice. In the early years of her marriage their lunch would often consistent of some dates and perhaps some onions. When my brother, Habib `Attas, was getting married they needed a door for the bathroom that was being built. Habib Muhammad told them to use an old door that was lying in the backyard. People were surprised since it was old and in bad condition. He said: “Is the purpose of the door not to conceal the person inside?” If his clothing was slightly torn he would ignore it saying: “It is behind me and I cannot see it.” He would often repair his own clothing despite his many engagements.

He would oversee marriage contracts in Tarim but would never take a fee for doing this. It is the tradition in Tarim to burn oud at the time of the contract but if the family could not afford oud for the occasion he would provide it himself. At times they would be waiting for one of their relatives to attend and he would use the time to remind the people present of Allah while at the same time making some jokes. If someone who no-one paid any attention to was present he would give that person extra attention. People from outside Tarim would also come to him and we would teach them and resolve their disputes.

The breadwinners of many of the families in Tarim were abroad in East Africa or South East Asia and they would send back money for their families. Instead of sending the money to their families they would send the money to Habib Muhammad and he would organise the distribution of the money. People would often give their valuables or money to him for safekeeping. In this he resembled the Messenger of Allah ﷺ, to whom the people of Makkah would give their valuables for safekeeping, even though many disbelieved in his message. He was also concerned with the needs of the poor and he would tell people who to give their money to.

May Allah have mercy upon them just as they raised us when we were young and allow us to emulate them and join them. There is so much to learn from their lives. May Allah preserve their legacy. 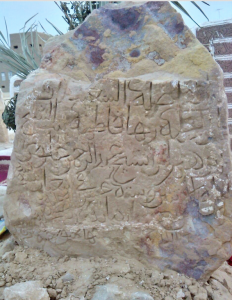 Hababah Zahra passed away in the last minutes of Monday 21st Sha`ban 1436. There was an immense feeling of tranquillity at her janazah and in the ensuing days. This is an indication of her rank and is a sign of Allah’s pleasure and acceptance. Her janazah felt like the janazah of one of the great imams of the past.

A long time before she died, she designated the place in she wished to be buried in the Zanbal graveyard. From time to time she would ask if anyone had been buried in that place, hoping that the place had not been taken. We thought it was not a suitable place for her to be buried because some children had been buried in the same area and it did not seem like there was enough space for an adult to be buried. After she died, Habib Mashhur went to check the place and the gravedigger said it was a good place for her to be buried. When he began digging he unearthed an old gravestone with the name ‘Fatimah bint Shaykh Ibrahim bin Shaykh `Abd al-Rahman al-Saqqaf’ on it, who had about 600 years previously. Hababah Zahra was duly buried in that same grave, above that noble woman, the granddaughter of the great Shaykh `Abd al-Rahman al-Saqqaf. 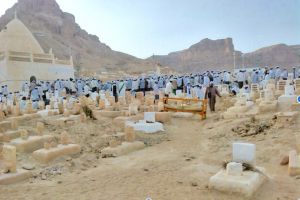