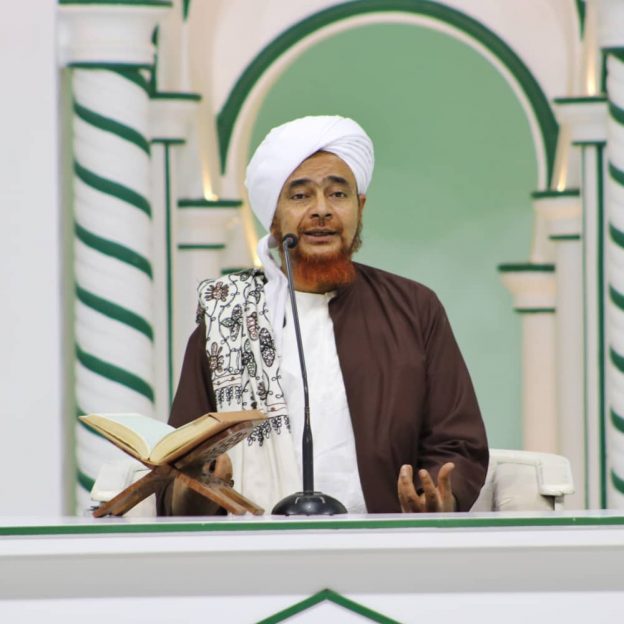 A summary of Habib Umar’s commentary on Surat al-Inshirah, Ramadan 1436.

Allah says: Have We not expanded your chest for you?

When We ordered Sayyiduna Musa to convey the message, he asked that his chest be expanded: My Lord expand my chest and make easy my affair. However, We gave it to you without you asking. We expanded your heart such that the light of prophethood could enter and you were thus able to convey the message to all the worlds.

Part of this expansion was the splitting of the Prophet’s chest. This took place four times – in his infancy when he was with Sayyidatuna Halimah, when he was ten years old, just before he was made a prophet and on the night of the Isra and Mi`raj.

All good comes from this expansion. No one can accept Islam without it – Allah says that the one whose heart He has opened to Islam has received enlightenment from Him. No one can fulfil their duties fully without it. When the heart has been expanded it is easy for a person to leave that which is forbidden, disliked and excessive; it is easy for him to achieve a lot in a short time and his heart is able to contain knowledge which even the heavens and earth cannot bear.

The Prophet ﷺ said: “When light enters the heart the chest expands.”

They asked: “Is there a sign that this has taken place?”

We removed from you your burden

Which weighed down your back

One meaning of this burden is conveying the message to mankind and the jinn. Another is the wrongdoings of the Ummah, which the Prophet bears.

Allah is saying: We have blessed your Ummah with forgiveness in a way that no previous nation was blessed. We gave them numerous ways to wipe out their wrongdoings – such as wudu, the five prayers, the Friday Prayer and fasting Ramadan. It has been narrated that the angels are surprised to find people from the previous nations who are saved from the Fire whereas they are surprised to find people from this nation who are not saved.

We removed everything that troubled you and worried you. When the Prophet ﷺ cried out of concern for the wellbeing of his Ummah, Allah sent Jibril to say to him: “We will make you content concerning your Ummah and We will not allow it to be a source of sadness for you.”

We raised high the esteem in which you are held

Another meaning is that from the time of Adam to this day, no one’s life has been recorded in such detail as the life of Muhammad – his words, his actions, his character and his appearance.

This statement is repeated twice. There is a subtlety in the Arabic language that suggests that there is only one hardship and it is repeated twice, whereas there are two types of ease and the second is different from the first. This is why the Prophet  ﷺ said: “One portion of hardship will not overcome two portions of ease.” It is Allah’s way to make ease follow hardship. For that reason the people of insight would be happy when tribulation descended because they knew that ease would follow. The greatness of the ease is according to the greatness of the tribulation.

The Prophet ﷺ said to Ibn `Abbas: “Victory comes with patience, relief comes with tribulation and ease comes with hardship.”

Recitation of Surat al-Inshirah is one of the means of seeking relief from Allah and a means of removing constriction.

When you are free, labour hard

When you complete your prayer supplicate, for this is when supplications are answered. When you finish your jihad, engage in worship. Whenever you complete an action, immediately embark on another. Do not waste any time. Sayyidah `Aishah said: “The Prophet would remember Allah in every state. He was always coming and going, always in reflection, constantly in a state of sadness.”

And turn to your Lord entirely

Seek Him alone with absolute sincerity and plead with Him. This is one of the etiquettes that Allah taught His Beloved.

May Allah expand our chests as He expanded the chest of our Master Muhammad.

O Allah, remove our burdens and raise our station in Your sight. Do not separate us from Your Beloved on the Day of Judgement. O Allah, remind him of us so that we are mentioned in Your presence!