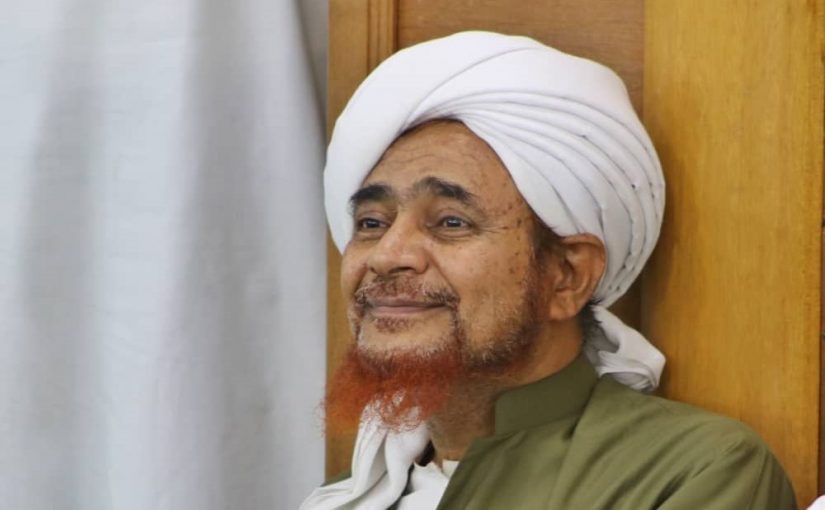 Sayyidi Habib Umar bin Hafiz (may Allah protect him and benefit us by him) discusses the concept of barakah.

The Messenger of Allah ﷺ instructed people to lick their fingers after eating and to clean the dish, saying: “You do not know in what part of the food the barakah lies.”

He also said: “When a morsel of your food falls down, you should pick it up and remove any dirt and then eat it. Do not leave it for the Devil, for you do not know in what part of the food the barakah lies.”

The Prophet ﷺ used to pray for barakah (blessings) in his days, his nights, his food, his drink, his clothes, his wives, in everything! Everything revolved around barakah. Barakah was the Divine flow that enabled him to attain his purpose and would ward off tribulations. The Prophet ﷺ was the source of barakah. The Companions took barakah from him on numerous occasions.

People no longer understand the meaning of barakah. Their intellects cannot comprehend it. “What barakah?” they say. Their senses have become numb such that they cannot perceive the taste of blessings. In previous generations, ordinary people had an intuitive understanding of barakah. They knew that barakah was more important than quality and quantity. They knew that a little of something with barakah was much better than a lot of something with no barakah in it. People today only appreciate material things. They do not appreciate the presence of barakah in things! Their perception of these realities has become numb because they have cut themselves off from the people of purification and the people of the Qur’an.

There was once a pious man who was in need of money. He was told in a dream that a thousand dirhams were waiting for him in a certain place. He asked: “Is there barakah in it?” He was told that there was no barakah in the money. So he said: “I have no need for it.”

The following night he had a similar dream in which he was told that one hundred dirhams were waiting for him in a certain place. He asked: “Is there barakah in it?” He was told there was no barakah in it and again he said he had no need for it.

On the third night, he was told that ten dirhams were waiting for him in a certain place. Once again he asked if there was barakah in it. He was told no there was no barakah in it, and so again he said he had no need for it.

The next morning he told the entire story to his wife. She was not someone who appreciated barakah, and so she asked: “Why did you reject a thousand dirhams and decide to take two?”

Previous nations learned the meaning of barakah from their Prophets, and even disbelieving people knew what barakah was! When the Prophet ﷺ was on the Hijrah, he stopped at the tent of Umm Ma`bad to see if she had any food or drink. Umm Ma`bad and her husband, Abu Ma`bad had not accepted Islam at the time, although they did later. She told the Prophet ﷺ that they were facing severe drought and the goats were emaciated and not producing any milk. The Prophet ﷺ took permission to milk a goat himself. Miraculously he got so much milk out of the goat that it was enough for Umm Ma’bad and for him and his companions to drink and the goat still had plenty of milk. In fact, the goat continued to produce milk from that day until it died during the khilafah of Sayyiduna `Umar. When Abu Ma`bad returned, he was amazed to find milk in the tent. He asked his wife where she had got it from. She replied that a “blessed” (mubarak) man had milked the goat. She described the Prophet ﷺ to her husband; his appearance, good manners, smile and gentleness. From that day onwards, every time they mentioned him ﷺ , they would call him the “blessed man” and they would recall “the day the blessed man came.” They were not Muslims, but they knew how to recognise barakah.

Some people condemn “tabarruk” (seeking barakah or blessings) and say that it is impermissible. They claim that barakah cannot be received from anything or any person. This is an erroneous understanding of an issue that is clarified in the Qur’an and the Sunnah and in the actions of the Companions.

The Prophet ﷺ once went to drink from the Well of Zamzam and Sayyiduna al-`Abbas gave him water in a new bucket, but the Prophet ﷺ refused this bucket and asked to drink from an old bucket in which people had put their hands. This shows the Prophet’s ﷺ desire to receive barakah from the Muslims, in spite of the fact that he is the source of all barakah for them.

Sayyiduna `Umar ibn al-Khattab once suggested to the Prophet ﷺ that they pray behind the Station of Ibrahim (Maqam Ibrahim). Why would he suggest such a thing, except to receive blessings from the place? In response, Allah revealed: Take the Station of Ibrahim as a place of prayer.[1] Allah did not say: “Do not pray there, there is no barakah there!”

A man once drank rainwater from the Mizab (rain spout) of the Ka’bah to attain barakah from it. When people forbade him from doing so, he told them that Allah informs us that the Ka’bah is blessed: The first house (of worship) appointed for people was that at Bakkah (Makkah) – full of blessing.[2] He also informs us that rain is blessed: We sent down from the sky blessed water.[3] Allah says Himself that these are blessed things! So why do you prevent people from seeking these blessings? When he mentioned this, they left him alone.

We need to return to the creed of the Quran. We cannot allow people to accuse Muslims who are following the teachings of the Qur’an of disbelief and associating partners with Allah (shirk). They say they are blocking the means to evil (sadd al-dhari’ah) but in reality they are preventing people from practising their religion (sadd al-shari’ah).