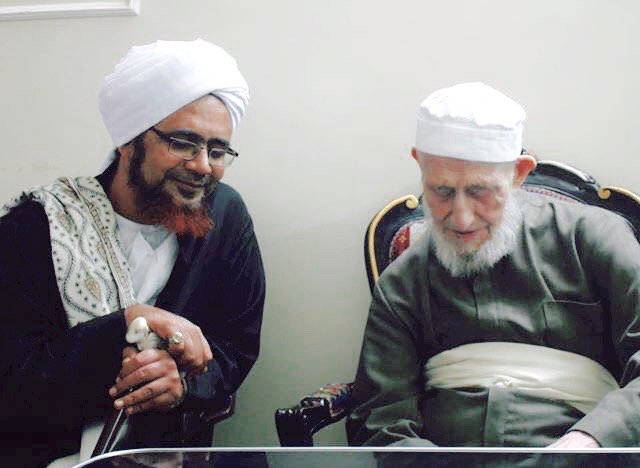 We praise Allah and at the same time express our sadness at the departure of one of the great men of the Ummah, a khalifah of the Chosen One ﷺ, one of the oceans of the Noble Qur’an, the one we love for Allah’s sake, the noble Shaykh Shukri bin Ahmad al-Luhafi. May Allah raise his station and unite us with him in the highest levels of Paradise. Sham has bidden farewell to one of its great scholars and an inheritor of the Prophetic Legacy.

O Allah, we are content with Your decree. The heart cries, the eye sheds tears, we are saddened by your departure, Shaykh Shukri, and we only say that which pleases our Lord.

May his meeting with his Lord be a cause for the relief of the suffering of the people of Sham and Yemen and all those suffering in the East and the West.

May Allah fill the gap that his departure has left and may His elect slaves in Sham, Yemen, the Haramayn, al-Quds and the other regions of the earth be given long life in a state of wellbeing. May we be blessed with good etiquette with them, a good opinion of them, spiritual assistance from them and love for them for Your sake.