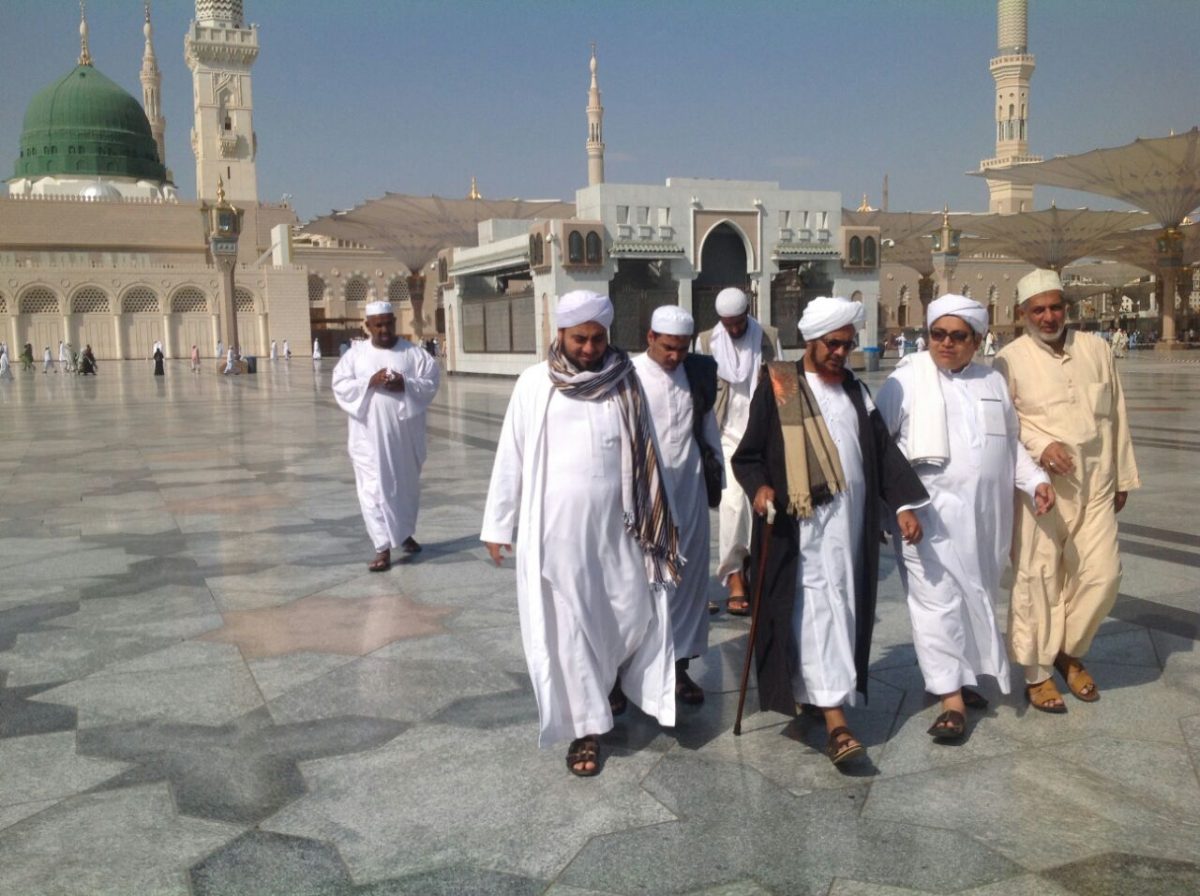 When I visit the Prophet ﷺ I do not have enough time to greet him and make dua because the officials quickly move you on. What should I do in this situation?

Lovers of the Prophet ﷺ should not be affected by those who prevent people from standing at length at the blessed grave. They should just give their greetings in the time they have at that place and then they can go anywhere in the Haram or outside and address the Prophet and recite as much as they wish and the Prophet is closer to them (after Allah) than anyone in existence. Our teacher Habib `Attas al-Habashi would sit at a distance, away from the commotion in a place where the Prophet received revelation, a place where there is now a door called Bab al-Baqi`. He would say that true proximity is not physical but rather it is the proximity of the soul. Many of the pious would sit in the ‘Haswah’, the open courtyard[1] behind the old limits of the Mosque. They would face the blessed resting place of the Prophet ﷺ and receive great spiritual gifts.

[1] Which now has ‘umbrellas’ that open and close