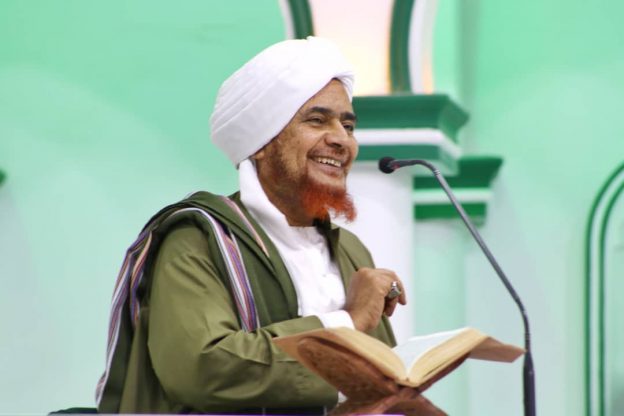 Habib Umar bin Hafiz (may Allah preserve him and benefit us by him) tells the following story to illustrate the necessity of placing one’s hopes in Allah alone. (The story is narrated by Imam Ibn Asakir in Tarikh Dimashq)

When Imam Hasan bin Ali agreed to give the caliphate to Mu’awiyah, one of the conditions of the agreement was that Mu’awiyah would send Imam Hasan 100,000 Dinars every year for him to spend on his guests and upon the needy. Mu’awiyah duly sent this amount every year and this continued for some years, until one year the money did not come. As a result, Imam Hasan incurred many debts due to the large amounts that he would spend in charity. He thought about reminding Mu’awiyah of the agreement and he asked for paper and pen a so that he could write a letter to him. Then he decided against writing the letter.

That night he saw his grandfather, the Messenger of Allah ﷺ, in a dream and he explained his situation to him.

The Messenger of Allah asked him: “My son, did you ask for a pen and paper to write to a created being like you?”

“I thought about doing this. Then I stopped.”

“What should I do then?”

“O Allah, cast into my heart hope in You and cut off any hope I have in other than You so that I have hope in no-one but You!

O Allah, however weak I am, however much my actions are deficient, however far short my desire (for good) falls, and in spite of the fact that I have not asked you, and that my tongue has not pronounced such a request, I ask You for the certainty that You have given any one of Your slaves from the first to the last of them, so bless me with it, O Lord of the Worlds.”

Sayyiduna al-Hasan repeated this dua, pleading with Allah, for a week. Mu’awiyah then sent him 500,000 Dinars and he was then able to repay his debts and spend freely on those in need.

He then saw the Messenger of Allah in a dream once again and he told him what had happened.

The Messenger of Allah said to him: “My son, this is what happens to those who put their hopes in the Creator and not in the creation.”

Habib Umar said: “Look at how the Messenger of Allah ﷺ completed the nurturing of his grandson from beyond the grave. Although he had left this life, he was still concerned with al-Hasan’s elevation to the highest stations of truthfulness (al-siddiqiyya al-kubra) and absolute certainty (haqq al-yaqin).