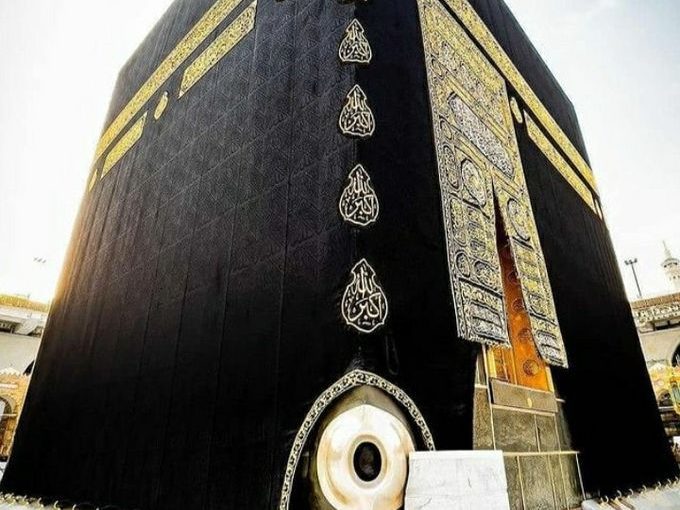 Imam al-Haddad (may Allah benefit us by him) says:

Our souls witnessed the sacred and venerated places in the precincts of Allah’s House:

The Maqam, the Hijr and that drink which is the Kawthar of the eternal abode in this temporary life

Time after time I embraced her and held her at the Multazam, the place of goodness, success and happiness

In these verses, Imam al-Haddad gives us a taste of the things he experienced while making tawaf around the Ka’bah. As a blind man, he did not see what most people see, but rather witnessed the reality of those sacred places with his soul: the Ka’bah itself, the Maqam of Sayyiduna Ibrahim and the Hijr of Sayyiduna Isma’il. He drank from Zamzam as all pilgrims do, but he perceived it as a drink from the waters of Paradise in this temporal world. He then likens the Ka’bah to his beloved, whom he passionately embraces. The Multazam is the part of the Ka’bah’s wall between the Black Stone and the Door. The Prophet ﷺ  pressed his chest against it and supplicated in that place, indicating that it is where prayers are answered and goodness is received.