The magnificent ten days of Dhu’l-Hijjah are almost over and we are approaching their climax, which is the Day of `Arafah (9th Dhu’l-Hijjah). On this day there is an immense outpouring of divine mercy and bounty and it is considered by many scholars to be the best day of the year.

The Messenger of Allah ﷺ said there is no day in which Allah saves more people from the fire than the Day of `Arafah.[1] It has also been narrated that anyone who has an atom’s weight of faith in their heart will be forgiven by Allah on this day, whether or not they actually stand at `Arafah.[2]

We should also turn to Allah to ask for forgiveness and for our needs to be answered, especially in the afternoon of this day. In doing so we imitate the people standing at `Arafah, to whom forgiveness is guaranteed, and we ask Allah to give to us what He is giving to them. As the Prophet ﷺ said: “The one who imitates a people is one of them.”[4] 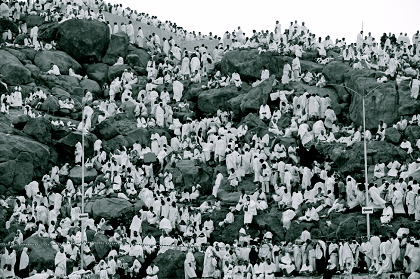 We should apportion some time to recitation of the Qur’an. It has been narrated that whoever reads Surat al-Ikhlas one thousand times will be given whatever they ask for.[5] We should also bestow prayers upon the Prophet ﷺ, and spend time in other forms of remembrance, particularly tahlil, or proclaiming the oneness of Allah. The Prophet ﷺ said: “The best prayer is the prayer of the Day of `Arafah. The best thing which I and the Prophets before me have said is:

[“There is no deity save Allah alone. He has no partners. To Him belongs the dominion and all praise and He has power over all things.”[6]]

Another narration contains the following addition to the previous prayer:

[“O Allah, place light in my heart, my hearing and my sight. O Allah, My Lord bring tranquillity to my heart and give me ease in my affair.”[7]]

Sayyiduna `Ali narrates that the supplication that the Prophet made most on the Day of `Arafah was:

If it is possible to gather with a group of people at this time then the reward is greater and the chance of acceptance is higher. This was the way of Sayyiduna `Abdullah Ibn `Abbas and other companions and it is a tradition in Tarim, where hundreds gather in an open square after `Asr to remember Allah and make dua’ until Maghrib.

These are  adhkar and supplications to be read on this blessed day.

[4] Narrated by Abu Daud and Ahmad

[5] Narrated by al-Hindi in Kanz al-`Ummal

Sayyidi Habib Umar and many of the pious read the following prayer during these blessed days. They ask for their prayers to be multiplied by the number of people performing hajj and by the actions they are performing:

O Allah, bestow prayers and peace upon our Master Muhammad and upon his Family and Companions as much as the eyes see, as much as the earth becomes verdant after rainfall and equal to the number of people making Hajj and `Umrah, saying “labbayk,” shaving their heads, making tawaf around the Ancient House and kissing the Stone.

Sayyidi al-Habib `Umar bin Hafiz (may Allah preserve him and benefit us by him) recommends reciting the following 30,000 times in Dhu’l-Hijjah.

Transcendent is Allah; all praise belongs to Allah; there is no deity save Allah; Allah is most great; there is no strength or power save by Allah, the Most High, the Almighty. 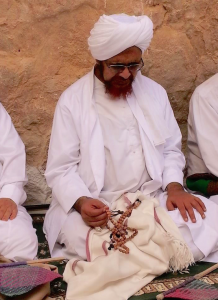 We are about to enter the blessed month of Dhu`l-Hijjah. The Messenger of Allah ﷺ informed us that there are no days in which righteous actions are more beloved to Allah than the first ten days of this month.1 For that reason some scholars have ruled that these days are better than the final ten days of Ramadan, although the nights of Ramadan are superior to these nights. Allah Himself swears by “the Ten Nights” in Surat al-Fajr, which is sufficient evidence of their greatness. Most of the scholars say that these are the first ten nights (and days) of Dhu’l-Hijjah. Al-Hafiz Ibn Hajar said that the reason that these days have been accorded such merit is that it is only in these days that all the most important of acts of worship are performed: prayer, fasting, giving charity and hajj.

This is not to mention the Day of Arafah (the 9th of Dhu’l-Hijjah) which is the greatest day of the year. Fasting that day wipes out the sins of the previous year and the year to come. Read more about the Day of Arafah here.

These are days in which we should remember Allah abundantly. Allah says that they remember the name of Allah on well-known days.3 These “well-known days” according to the majority of scholars are the ten days of Dhu’l-Hijjah. This is why the Prophet said ﷺ that in these days we should make abundant tahlil (saying la ilaha ill’Allah), takbir (saying Allahu akbar) and tahmid (saying alhamdulillah).4 Sayyiduna `Abdullah Ibn `Umar and Sayyiduna Abu Hurayrah would go into the marketplace in Madinah in these days and raise their voices with the takbir. The people in the marketplace would then raise their voices with the takbir in response. Thus the most hated place to Allah, a place where most people are heedless of Him, was filled with His remembrance.

Whether it be prayer, fasting, charity, remembrance, seeking knowledge, helping people, any righteous actions we do will be greatly rewarded and beyond that are beloved to Allah. This is also a time when prayers are answered by Allah.

Sayyidi Habib Umar bin Hafiz (may Allah protect him and benefit us by him) reminds us that the linguistic meaning of hajj is seeking or intending. Thus the people of Allah are constantly performing hajj because they are constantly seeking Allah. Just as their whole year is Ramadan, likewise their whole year is hajj. Just as those performing hajj respond to the call of Allah by saying “labbayk”, they are swift to respond to the call of Allah. They take themselves to account and leave that which is disliked and dubious in all their states and actions. They reject the desires of their lower selves and they are the furthest of people from that which is prohibited. They constantly receive new blessings from their Lord so they constantly renew their ihram.5 Day and night they make tawaf around the House of their Lord, the One to Whom they turn themselves with absolute sincerity until nothing remains in them which is directed to other than Allah.

Actions that Carry the Reward of Hajj

Nothing of course can equal actually performing the hajj and worshipping Allah in those blessed places. Allah knows that many people long to make hajj every year but are unable to do so. Out of His generosity, He made the reward for certain actions similar to the reward of a supererogatory hajj.

Finally there is no action more beloved to Allah on the Day of Eid than making a sacrifice. The Messenger of Allah ﷺ told his beloved daughter Sayyidah Fatimah al-Zahra’ that she would be forgiven for her previous wrongdoings with the first drop of blood to be shed from the sacrificed animal. She asked if this reward was specifically for the household of the Prophet and he replied: “For us and for all the Muslims.”

These are adhkar that many of the pious people would recite during the first ten days of Dhu’l-Hijjah. Habib Umar recommends reciting them.

5 The state of sanctity in which the pilgrim approaches Allah

What can we do at this time if we are unable to go on Hajj?

The three days following `Īd al-Aḍḥā are the Days of Tashrīq (the 11th, 12th and 13th of Dhu’l-Ḥijjah). These days are mentioned by Allah when He says: Remember Allah during the Appointed Days.[1] The Messenger of Allah ﷺ described them as days of eating and drinking and remembrance of Allah.[2] Fasting is thus forbidden on `Īd and the Days of Tashrīq. Just as we tried to draw close to Allah by fasting before `Īd, we now draw close to Him by enjoying that which He has bestowed us with. All that the slave must do is obey the order of his Lord, knowing that therein is His pleasure and safety from following his own caprice.

Anyone who wishes to fast the White Days must not fast on the 13th of Dhu’l-Ḥijjah. They can fast the 14th, 15th and 16th instead.

[2] Narrated by Muslim, Aḥmad and al-Nasā’ī