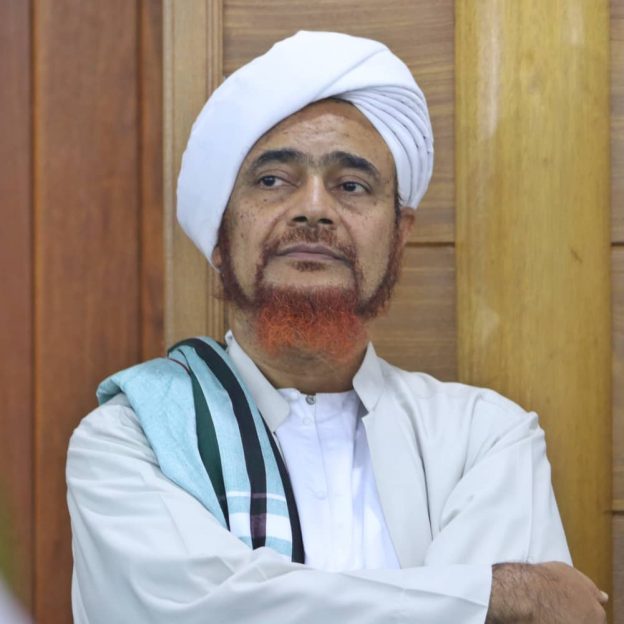 Advice from Sayyidi Habib Umar bin Hafiz (may Allah protect him and benefit us by him). Extracts from a talk during the mawlid in Dar al-Mustafa the night of 28th Sha`ban 1432/ 28th July 2011.

You can see in front of you in the material world people expending all their efforts to attain that which amounts to nothing. Had these efforts been expended for the sake of Allah, attempting to purchase His merchandise, the results would be amazing! But the one who is imprisoned in the physical realm remains asleep until the veil is lifted, at which point it is of no benefit. Sayyiduna Ali, who had a direct understanding of these concepts, spoke the truth when he said: “People are asleep, and when they die they wake up.”

Whoever causes his lower self to die by purifying it and making it subservient to the order of Allah has woken up. If someone only wakes up when their spirit leaves their body their awakening is of no benefit.

Can he who was dead, who We then gave life and a light with which he walks among the people, be like him who is in the depths of darkness, from which he can never come out?1

It is one message, one voice which all the Prophets from Adam onwards spoke with. They all said that all good is in your submission to the order of Allah and not being deluded by ephemeral worldly things. They all said this, by the order of Allah. All those that rejected this message lost everything. Will the disbelievers in our time be any different? No, there is only one outcome: this is the pattern which Allah has decreed. Success is only granted to those who follow the Prophet.

People have been deceived by the packaging which is the adornment of this worldly life. They thought they would find some short term happiness in ways of living that are in contravention of Allah and His law. They found, however, that true felicity in this life before the next is in submission to the Possessor of this life and the next.

You are called as the Prophets were called before you:

Let not the present life deceive you, nor let the Chief Deceiver deceive you about Allah. The promise of Allah is true.2

So be callers to the truth. Allah has ennobled you by allowing you to call people to Him. If you were employed to promote a company or a party you would be paid amounts which may be great in your sight but in reality are contemptible. If the Lord of the Throne uses you to call people to Him, however, nothing which He gives is contemptible. All His gifts are magnificent. We say to the people: do not be deluded; we bring light to you. If you respond to the call you will succeed and you will be saved. What you call us to will not cause us to abandon our duty. If we respond to your call we will be destroyed and you will be destroyed and if you respond to our call we will succeed and you will succeed. All of us on the face of the earth are aboard one ship. This was the metaphor the Greatest Guide used ﷺ . It is enough to know that he was sent to me and you and our parents and everyone in our time and those before and after us until the Day of Judgement. His strength lies in the One who said:

Truly you are in Our gaze.3

Through this secret we convey the call that he conveyed.

He was the one who would strive in Ramadan more than at any other time. Do you not want to be like him? Expend your efforts – you are able to do many things. Look at the people of this earth expending their efforts in buying and selling and production and look at the things that they have achieved. As for the one who expends his efforts in the service of this religion and this Prophet, give him good tidings. This is what the Companions did. Look at how al-Hasan al-Basri described them. He said: “Muhammad washed their hearts of attachment to this worthless life. I met seventy of the people of Badr and they had more abstinence towards that which is permissible than you have towards that which is prohibited.” Why was this? Because they drank from the cup of Muhammad. I swear by the One Who sent him, however much they drank, it did not decrease anything from that cup. His cup is still overflowing and you can still drink from it, even in the year 1432, from the same cup from which the Companions drunk. If the cups of Paradise do not become empty, do you think that the cup of Muhammad, for whose sake Paradise was created, will become empty? May Allāh allow us to drink from this cup. Attach yourselves to him! You hear calls from your lower self, from this worldly life to attach yourself to other than him and I say to you: attach yourselves to him! Allah and His Messenger and all the pious people call you to do this. Shun attachments to ephemeral things.

The spirits of those Companions that al-Hasan al-Basri described longed to meet the Beloved ﷺ every night. If they mentioned him in a gathering, their tears would flow. He said of them: “This worldly life was lower in their sight than the earth under your sandals.” They knew the value of things. That is why when they wanted their needs answered they threw themselves on his grave. That is why they washed his cloak and drank the water in which it was washed it seeking to be healed. We hear a lot about health and development but we find the worst diseases emanating from the so-called developed countries. This is so we know that behind the creation is the Creator.

One of the early scholars said that the one who seeks this worldly life kills himself but if his desire for it increases he kills other people – because he blocks the path to Allah. There are so many people that have been killed in front of us. If only their bodies had died and their hearts remained alive with the light of knowledge of Allah, but their hearts have died! May Allah give life to our hearts and the hearts of all the believers.

Whatever our differences are, we are all aboard one ship. Whatever harm others do, we cannot allow them to pierce the hull of that ship. If we allow them to do that we will all perish. As in the hadith, a group of people on board a ship wanted to split open the hull in order to drink instead of getting water from those on deck. The Prophet ﷺ said that if those above restrain those below and stop them from doing this they will all be safe, but if they leave them they will all be destroyed. We have to stop them with all our strength.

You have immense strength – how can you say “those satellite channels got the better of me”? You follow your lower desires and then you say “they got the better of me.” Did anyone impose them upon you? With one piece of strong resolve you can overcome them, starting from tonight. These things are from the allies of the Devil, and Allah says:

If you reject the scheming of the Devil with strong resolve you will find that you have the support of the Best of Planners. Everything we see in the world teaches us lessons and sends us messages. It teaches us where we should stand and what we should do and intend and what should be in our hearts. We worship Allāh by showing mercy to others and by purifying our hearts. May Allāh make the turbulence which we witness a cause of strengthening our faith and certainty.