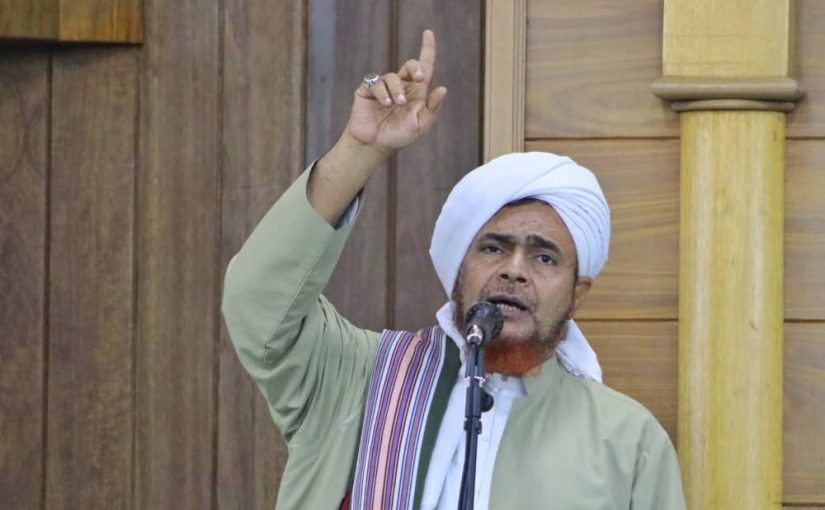 Advice from Sayyidi Habib Umar bin Hafiz (may Allah protect him and benefit us by him). Extracts from a talk during the mawlid in Dar al-Mustafa the night of 28th Sha`ban 1432/ 28th July 2011.

When people turn themselves in full obedience to Allah, saying and realising: I have turned myself to the One who created the heavens and the earth,1 Allah then makes His creation subservient to them. Even the angels of the highest gatherings compete to be with such a person and to pray behind him. This is the reward of those who respond to His call and make their only desire calling to Him and serving Him.

To us was sent the one that Allah chose out of all His creation ﷺ, Muhammad the son of `Abdullah. By him our faces were ennobled through prostration. I ask that just as these faces were ennobled through prostration that these hearts likewise be ennobled – a prostration from which they do not arise. When your heart prostrates to Him you know how to use what you have been given to attain that to which He has called you. Then you will have returned everything with which you have been entrusted to its rightful owner. Allah commands you to render back your trusts to those to whom they are due.2

Everything you have been given is a trust, so use it to obey Allah, spread good and give life to the Sunnah. Your hearing is a trust. Who does it belong to? Who gave it to you? Which factory produced it? Use your hearing to listen intently to His Qur’an, especially in Ramadan. How much do you recite in the day and night? How much did you recite last Ramadan? How much do you wish to recite? Arrange your time so you increase even if only gradually, so that you ascend and be amongst those whose fear drove them to travel by night so that they reached their destination, as in the hadith: “The one who fears travels by night and the one who travels by night reaches his destination. Allah’s prize is truly precious – it is Paradise.”3