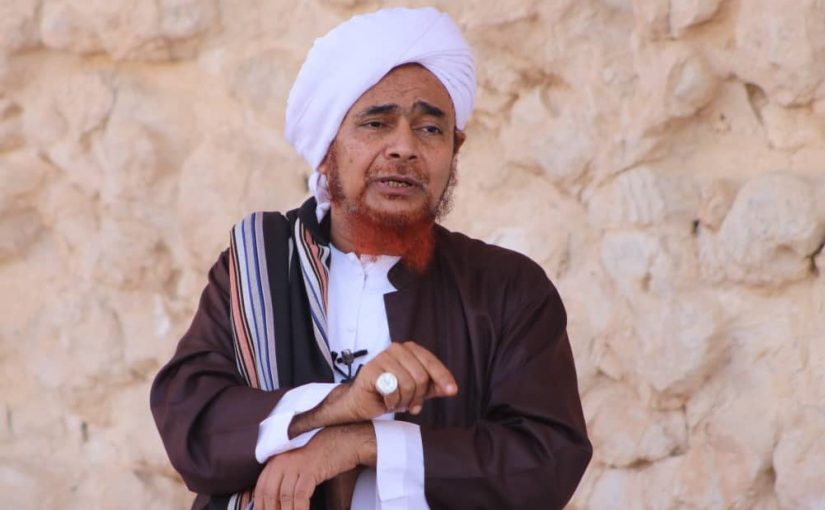 How does one call people to Allah in a time in which there are many Muslim groups, some of which condemn other groups?

The first step is to beware of labelling other Muslims as disbelievers (takfir), since the Prophet ﷺ severely warned against this. Then you must fill your heart with a good opinion of your fellow Muslims. Then choose for yourself a path that increases you in humility and submissiveness to Allah and etiquette with Him. Then learn sacred knowledge from those who have an unbroken chain of connection going back to the Prophet Muhammad ﷺ. Then you should feel sorry for those fighting each other, basing their beliefs on their own limited understanding. They sanctify these beliefs to an extent that takes them out of the realm of moderation. They restrict themselves absolutely to these beliefs such that they do not wish to listen to anyone, nor do they wish to present their beliefs in the best way, nor to benefit from those who differ with them in a specific issue. You should feel sorry for these people and show compassion towards them.

Ask your Lord to rid them of this misfortune before one of them dies believing that those to his left and right are misguided, corrupt or disbelievers. For if Allah took any of them to account for what they believe about even one Muslim, He might destroy them. What if He were to take them to account for hundreds and thousands of His believing servants, amongst them those who are greater than them in the sight of Allah? Furthermore if “It is enough of an evil for a person to look down upon his Muslim brother”1 then what is the state of someone who bases his religion upon looking down upon Muslims, or labelling Muslims misguided or disbelievers? How about if that included the present and past members of this Ummah? This matter is extremely dangerous. So feel sorry for these people and show compassion towards them. If you have the means to take one of them by the hand and save them from this predicament then do so. If not, then ask your Lord to spread guidance amongst the believers.

It has been narrated that Sayyiduna `Ali ibn Abi Talib held the opinion that it is not recommended to pray any supererogatory prayer before the Eid prayer. He entered the mosque of Kufah on the day of Eid and saw people praying yet did not prohibit them. The people with him asked: “Will you not forbid them?”

He replied: “I will not be amongst those who forbid a slave from praying,”2 meaning that the people were praying at a time that there is no specific Sunnah prayer, yet it was not one of the times at which the Prophet ﷺ prohibited prayer, so he had no way to prohibit them from prayer. Furthermore it has been narrated in the hadith: “Prayer is the best thing that has been placed; so whosoever wishes let him do much, and whosoever wishes let him do a little.” This is the understanding of the Companions. We have become distant from the understanding of the Companions and we are prepared to label people as misguided or corrupt for the simplest of things which are not even regarded as wrong actions according to scholarly consensus.

The religion of Allah teaches us to purify our hearts and to improve our interaction with others, even with those who may be distant from Islam, let alone those who have faith and believe in Allah’s oneness. O Allah, rid the Muslims of all bad characteristics and faults, O Lord of the Worlds!

2Referring to Allāh’s saying, concerning Abu Jahl’s treatment of the Messenger of Allah ﷺ: Do you see the one who forbids a slave when he prays (Al-`Alaq 96:9-10).