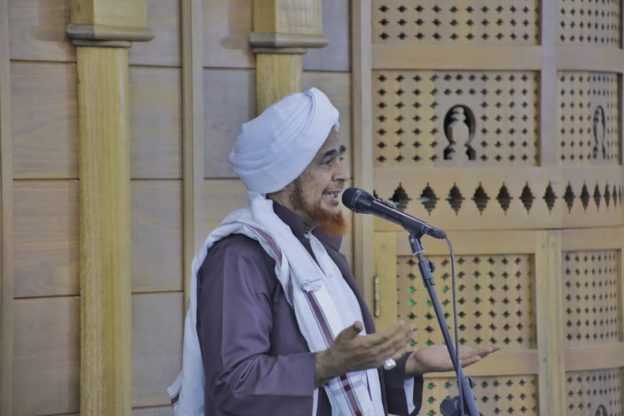 What is meant by the statement that the Ba Alawi path is inwardly Shadhili and outwardly Ghazalian?

Most spiritual paths have a foundation that is either Shadhili or Ghazalian. Both the Ghazali and Shadhili paths are founded upon spiritual striving (mujahadah) but the Ghazalian method begins by focusing on the external aspect and then works towards the internal whereas the Shadhili method begins internally. Both methods agree that obligatory actions must be performed, prohibited actions must be avoided and supererogatory actions should be performed in abundance, but the Shadhili method places less emphasis on outward actions. Mujahadah according to the Shadhili method focuses on attaining constant presence of heart with Allah, awareness of His bounty and showing gratitude to Him. The Ghazalian method emphasises seeking knowledge and acting upon it thereby attaining constant presence and the station of gratitude.

It is possible to combine the two methodologies and this is manifested in the Ba Alawi path. This is achieved by being aware of Allah’s blessings, showing gratitude to Him and seeking to be present with Him from the outset while at the same time seeking knowledge and performing outward actions.

Thus the outward aspect of the Ba Alawi path is to seek knowledge and act upon it and striving outwardly which then has an impact upon the inward. At the same time, the inner aspect of the path from the outset is based upon witnessing Allah’s blessings, being present with Him and showing gratitude to Him.

Since the Ba Alawi masters combined the principles of both paths, their path was described as being inwardly Shadhili and outwardly Ghazalian.