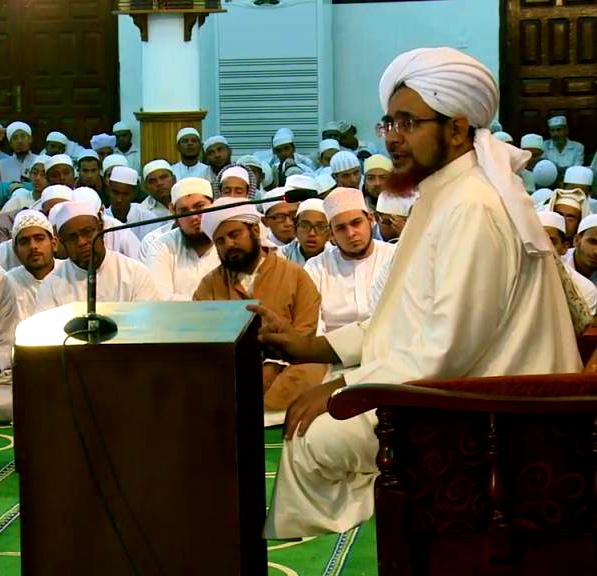 The Messenger of Allah ﷺ taught us not to leave containers with food or drink in them uncovered overnight. Even empty containers should not be left uncovered. If they are left uncovered, they should be washed before being used. If they cannot be covered completely, it is enough to put a stick or something similar over the container and to say “bismillah” (in the name of Allah). This will be a means of protection.

The Prophet ﷺ said: “Cover your containers and tie up your water flasks for there is one night in the year during which disease descends. It enters every container that is not covered and every flask that is not sealed” (Narrated by Muslim).

The Messenger of Allah ﷺ took care of people’s welfare inwardly and outwardly and he clarified the Sacred Law with regards to the most subtle of things. He was entrusted with conveyance of the message and he did so in the most amazing way.

[Note: those who observe Habib Umar while he is teaching will notice that the cup which he drinks from has a lid which he puts on when he finishes drinking.]