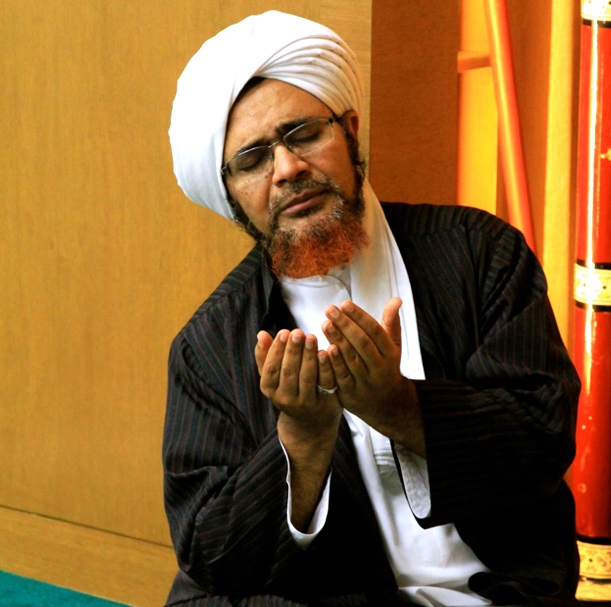 Sayyidi Habib Umar bin Hafiz (may Allah protect him and benefit us by him) reflects on the topic of seeking Allah’s forgiveness in the month of Rajab and some of the secrets therein.

Rajab is a time of seeking forgiveness. It has been narrated: “Seek much forgiveness from Allah in Rajab because in every hour (of the month) Allah frees people from the Fire.”1

There should be nothing in your house in Rajab which displeases Allah. Rajab is one of the sacred months, about which Allah says: Do not wrong yourselves therein.4

You should not be in the same state in Rajab as you were before it.

One of the signs that you have been freed from the Fire is that you hate sins and acts of disobedience. Look how Allah describes the first generation, and these are the attributes of every truthful person that comes after them: Allah has made faith beloved to you and has made it beautiful in your hearts and He has made hateful to you disbelief, corruption and disobedience. These are those who are rightly-guided. These people are safe from the Devil, from their lower selves, from their caprice, from attachment to the material world. How did they achieve this? It was a bounty and blessing from Allah.5

One of the greatest signs that you have been freed from the Fire is that you take pleasure in seeking forgiveness from Allah in the last portion of the night and at other times of the day. You raise your hands to him saying: “My Lord, forgive me and turn to me, truly You are the Oft-Returning, the Most Merciful!”

Follow the example of the Beloved (may Allah bless him and grant him peace); follow him in seeking forgiveness. Make sure you do so with a heart that is present, for perhaps Allah will open you a door to connect you with the Beloved. If you received even a portion of one of his prayers for forgiveness you would bathe in the light of that prayer for eternity. He sought forgiveness and he knew the One from Whom he was seeking forgiveness. What is your knowledge of Allah in relation to his?

Keep seeking forgiveness after ‘Isha’ and after Fajr and throughout the days and nights, then perhaps before the end of Rajab, Allah will have opened the door to you and your heart will be filled with light.

Allah says: If only when they wronged themselves, they came to you and sought Allah’s forgiveness and the Messenger sought forgiveness for them they would have found Allah Oft-Returning, Most Merciful.8

It is as if Allah is saying: “Allow them to enter through your door. When they come via you, the door is open to them.” Is it not enough that they sought Allah’s forgiveness? This is good, but far greater than that is that the Messenger himself sought forgiveness for them. Then they will find Allah, and whoever has found Allah has not missed out on anything. They will not just find Allah, but furthermore He will manifest His beauty and bounty to them. Whoever finds Allah Oft-Returning and Most Merciful will live in a state of bliss, constantly experiencing Allah’s mercy until the days of everlasting bliss in the next life.

O Allah, You are the One that said to Your Beloved: When you complete (your immediate task) stand up (to perform another) and to your Lord turn all your attention.9

Extracts from a talk delivered during the Mawlid in Dar al-Mustafa on Thursday 3rd Rajab 1433 / 24th May 2012.

6 This is a literal translation but should not be understood literally, as the Messenger of Allah is free of any sins