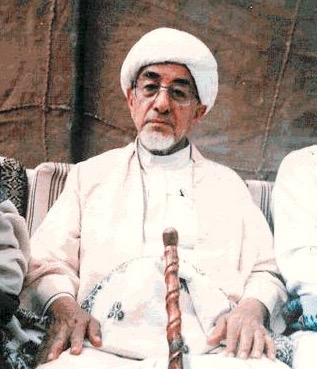 With this command Allah honours the Prophet ﷺ and affirms his station. The command also contains the meaning of granting permission (ijazah). The ijazah is one of the foundations of the religion and is especially important in the science of hadith. Scholars traditionally give each other ijazah and shaykhs give their students ijazah. The ijazah is an affirmation of what is contained in the heart of the person receiving it and is a means for the pious to exchange secrets with one another.

If a Shaykh tells you to do something or gives you permission to recite a certain invocation, it means that he sees that you have the capability and the readiness to do that thing or recite that invocation. Through that permission you may receive strength and secrets from the Shaykh. For this reason it is said that only through the ijazah do the secrets of reciting the Qur’an, the adhkar or the names of Allah become manifest.

When Allah says to His Prophet ﷺ: ‘Say,’ this is a command and also a sign that the Prophet is worthy and capable of fulfilling His command.

“Say: ‘This is my path: I call to Allah on clear evidence – I and whoever follows me.’”

So whoever takes that path will be with the Prophet ﷺ . Anyone who calls people to Allah will be blessed with being with Allah’s Beloved ﷺ. This a high station and only those who are patient and immensely fortunate will attain it.

We must, however, call to Allah with insight and on clear evidence. We cannot show arrogance or contempt to any Muslim. We cannot attack the beliefs of the Ummah of Muhammad, the Ummah to which Allah showed mercy.

The Prophet ﷺ said: “My Ummah shall not concur on misguidance.”[2]