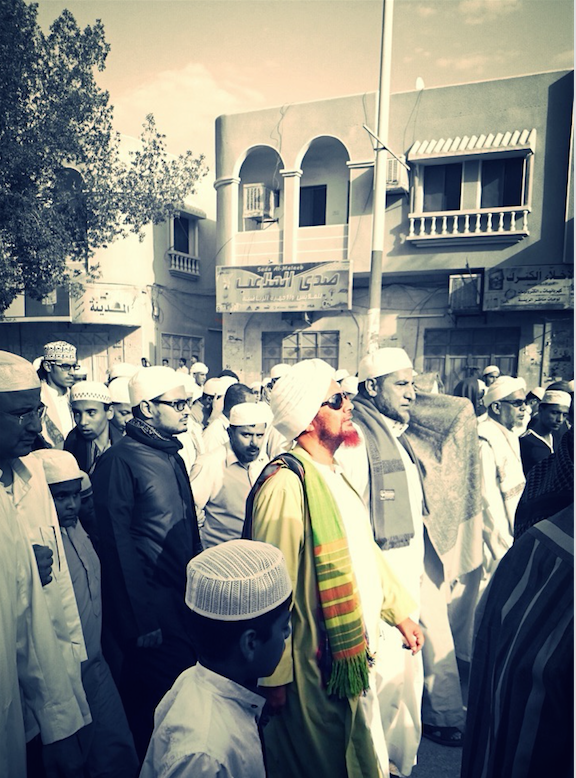 Extracts from a talk delivered by Sayyidi Habib Umar bin Hafiz (may Allah protect him and benefit us by him) in remembrance of his mother, Hababah Zahra bint Hafiz al-Haddar (may Allah have mercy upon her).

“In this gathering we remember this noble woman and her departure from this life: a life full of tests, a life in which one takes provision for the next life. Few people live to her age, to be among those that the Messenger of Allah ﷺ mentioned:

‘The best of you are those who are blessed with long life and good works.’

Through remembrance of Allah, reflection, knowledge, action and purification we prepare to meet our Lord.

‘The only regret that the people of Paradise have is over the time which passed by in this life in which they did not remember Allah.’

Hababah Zahra represents a model of the kind of woman that the tradition of Hadramawt produces. She was someone who venerated Allah and His Messenger ﷺ and took her guidance from the verses of the Qur’an and from the hadith, not from any worldly source. She venerated the things Allah has made obligatory, as well as the Sunnah and the etiquettes which she received through an unbroken chain back to the Prophet ﷺ. In her household the old were honoured and mercy was shown to the young. The young would kiss the hand of any of their elder relatives. One glance from her was enough to tell us if we had permission to enter the room. If we were playing outside and an older person passed by we would stop playing until they passed. If it was a pious person we would kiss their hand. We have lost many of these secrets of tarbiyah.

She lived by these two verses:

Follow the way of those who turn to Me[1]

O you who believe, have taqwa of Allah and be with the people of truthfulness[2]

These were the attributes we saw in her from our childhood. She was someone who feared her Lord. A family member once heard a person crying in the house at night and they went to investigate. They found Hababah Zahra crying in prostration to her Lord. Many were the nights she spent in that state which no-one knew about. Her subhah (prayer beads) was always with her up until she died – she would constantly be in the remembrance of Allah and she would constantly recite the Qur’an.

Habib Umar mentioned the simplicity of her wedding to Habib Muhammad bin Salim bin Hafiz and how few things they possessed. At this point Habib Umar broke down in tears. He said that her wedding resembled the wedding of Sayyidatuna Fatimah al-Zahra.  What is it that has deluded us such that we have abandoned the ways of the pious? If you wish to learn noble character, learn it from Muhammad. All praiseworthy qualities that women can possess can be found in the Best of the Women of Paradise, Fatimah al-Batul al-Zahra. Have you studied her life?

Then Habib Umar went on to describe her household. The house in which she passed away began as a simple one storey building. Habib Muhammad gradually extended the house, filling each room with knowledge, etiquette and remembrance. Habib Muhammad had not completed his memorisation of the Qur’an in his childhood so he was keen to complete it in his later life. He would give Habib Umar the mushaf and tell him to correct him if he made any mistakes in his recitation while he was in prayer. At times Habib Umar would wake up in the middle of the night to find his father reciting the Qur’an. In the last third of the night, he would wake up Habib Umar and take him to Masjid al-Maqalid, the closest mosque to the house. Habib Umar was less than nine years old at this point.

Hababah Zahra ran the household in the best way in spite of financial hardships, embodying the hadith: “Good management is half of one’s livelihood.”

At times they would not eat meat from one Eid to the next.  At the time of the famine (during the Second World War) they had a guest staying in the house. She was worried that they would not be able to honour the guest fully. Habib Muhammad said: ‘When there is food he can eat with us and when there is not he will go hungry like us.’ She learnt non-attachment to and contempt for worldly things from her husband.

She took care of the affairs of the household, and as a result she has a large portion of the reward for her husband’s works – his efforts calling to Allah, his teaching, the books that he authored, the fatwas that he issued and his work in resolving disputes. The only thing she did not attain was martyrdom but she was tested, especially at the end of her life.

People talk today about giving women the freedom to go out and work. She was a working woman. She carried firewood, baked bread, cooked and took care of guests. Likewise many women in her time worked in the fields, making clothing or grinding grain without ever mixing with men and exposing themselves. What kind of freedom is there in disobedience to Allah?

She was particularly distressed by new fashions in women’s clothing which came in from outside. She said that in Tarim the style of clothing was the same for a girl, a young woman and an old woman. It was modest and covered the body fully. It was probably the same kind of clothing that was worn in the time of al-Faqih al-Muqaddam and it was what she was wearing when she died. How many people can say that they have not been affected by the so called culture of the West?

We all feel like she was our mother due to the mercy that she had for Allah’s slaves and because she wanted good for everyone. There was no way we can repay her. She carried me in her womb, breast fed me, cleaned me, raised me and taught me. We were blessed with her presence for a long time and she made up for the loss of our father.

However, this time had to come:

No soul dies without the permission of Allah, at an appointed time.[3]

What is with Allah is better for the pious.[4]

Our Lord is better for her than us. All we can do is be patient and follow the example she set.

Whenever she received a material blessing she would ask to receive the same blessing and more in the next life. When she saw Dar al-Mustafa she said: “My Lord, just as You have given us this blessing in this life, bless us in the next life!”

In her final illness she would often repeat the following verse:

Allah and His angels bestow their prayers upon the Prophet. O you who believe bestow prayers and peace upon him in abundance![5]

It has been narrated that the one who remembers death abundantly will find their grave to be a garden of Paradise, while the one who is heedless of death will find their grave to be one of the pits of the Fire. She was always remembering death and was ready for death many years before it came. She would plead for a good ending and repeatedly ask others to pray that she had a good ending.

Her son Salim recently told her he was unable to attend the visit of the Prophet Hud but instead he would come after the visit. She said: “He will be present at my death.”

In its ease and swiftness, her death was reminiscent of the death of my shaykh, Habib Muhammad bin Alawi bin Shihab, who said his final words and sat down and died. She drank some water and asked to be placed on her side and then she passed away.

May Allah raise her to the highest stations of Firdaws and allow her to intercede for us and for the Ummah.

May Allah allow her to meet with the Best of Creation and Fatimah Zahra and the rest of the Prophet’s daughters and wives and her noble predecessors.

May Allah alleviate the suffering of the Ummah and give us all the best of endings.

We recite the Fatihah for Hababah Zahra, Habib Muhammad and all their ancestors and progeny, including Habib `Abd al-Rahman al-Mashhur, his son Habib `Ali and Habib `Ali’s son `Abdullah and his daughter Hababah Nur, Habib Muhammad’s mother. We also recite it for all our loved ones and all Muslims who have passed away. 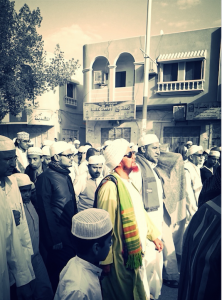