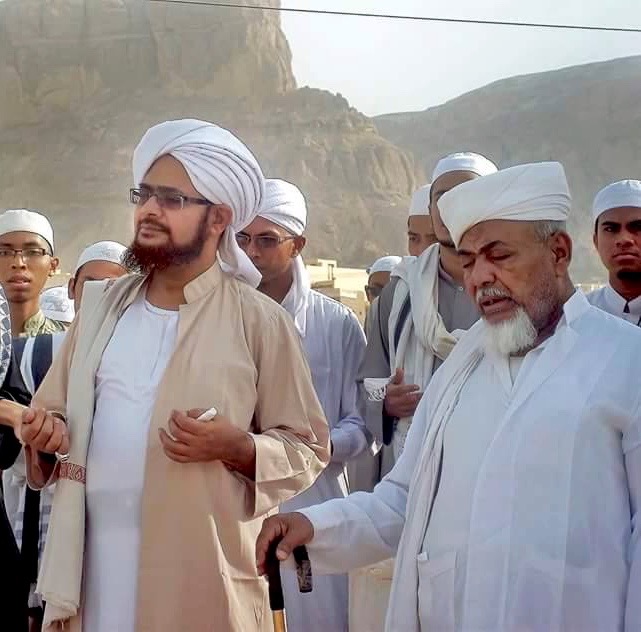 To Allah we belong and to Him we shall return.

It is with great sadness that we announce the death of the blessed mother of Habib Umar bin Hafiz, Hababah Zahra bint Hafiz bin ‘Abdullah al-Haddar.

When her husband, Habib Muhammad bin Salim bin Hafiz, was abducted and martyred she showed great steadfastness and gave her children the best upbringing.

Her oldest son is Habib ‘Ali al-Mashur, Mufti of Tarim, and her youngest son is Habib ‘Umar. She also leaves behind her other sons: Habib ‘Attas, Sayyid Salim, Sayyid `Abdullah and three daughters.

She passed away at the age of nearly 96 after a life spent in worship and service. She was known for her uprightness, taqwa, fear of Allah and humility. She was constantly engaged in the remembrance of Allah. Her nights were spent standing in prayer and her days were spent fasting. She would give abundant charity in private.

If something bad was said about someone in her presence she would cut the person speaking off saying: “May Allah guide us and guide him (or her) and may He guard our tongues and our hearts.”

Habib Ali al-Jifri said he would always request dua from her, but out of humility, she would say that she was in need of dua due to her shortcomings. When she did make dua, she would always pray for the whole Ummah.

The janazah took place in Tarim at Asr on 22nd Sha`ban / 9th June.

May Allah pour His mercy upon her, raise her to the highest of stations and make her grave one of the gardens of Paradise. May He bless her children and loved ones with steadfastness.