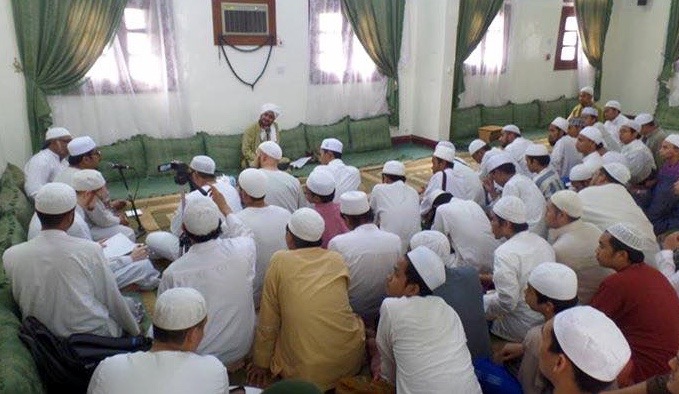 Sayyidi Habib Umar bin Hafiz (may Allah protect him and benefit us by him) met with a number of students who have been attending this year’s Dowra from South Africa, Indonesia, Malaysia and Thailand.

The students spoke of the sacrifices they had made coming to Tarim and what they had learnt in the Dowra. A student from Thailand said that all he possessed was three cows but he had sold them in order to buy a plane ticket to Yemen. A student from South Africa talked about the difficulties he had experienced on the journey to Tarim. He said that every hardship had been a means of purification and that in one of the first lessons he attended, Habib Umar explained the meaning of Allah’s saying in Surat al-Balad: We have created mankind in hardship. 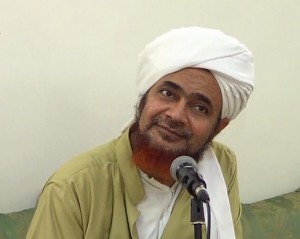 “In all that we have heard from you is a reminder and a source of insight. These words connect us with higher goals and with the best of people. They show us that there are people in our time who resemble the truthful people of the early generations. They are not slaves to customs, to their desires or to the trends that are prevalent in the world today. This is a reflection of Allah’s statement, addressing the Devil: ‘As for My slaves, you have no power over them.’

What we have heard tells us that the opportunity is there for anyone who wishes to be elevated. Through knowledge, wisdom and truthfulness we may have an effect on others, rather than being affected by others.

May Allah bless you and bless your counsels to hold fast to the truth and to remain steadfast. It has been said that anyone who holds on to the rope of truthfulness will be called a siddiq (someone of immense truthfulness).

This is reflected in the statement of the Prophet ﷺ : “A man will continue to be truthful and strive to be so until he is recorded by Allah as being a person of immense truthfulness.”