Habib Muhammad, known by all as “Sa`d”, was born in Tarim in 1351 (1932). He was raised, nurtured and schooled under the watchful gaze of his father, Habib `Alawi, one of the foremost scholars of Tarim at the time, and his pious mother, Sharifah Fatimah bint Hasan al-Junayd. She was also the mother of two great scholars: Muhammad and `Awad, sons of Habib Hamid bin Muhammad Ba `Alawi, who were both imams of Masjid Ba `Alawi. Habib Sa`d was assiduous in his care for his mother and later she lived with him in his house in al-Nuwaydarah until she passed away in 1410 (1989) at the age of nearly one hundred. Habib Sa`d thus grew up in an environment of scholarship and virtuousness. He studied under many scholars in Tarīm and elsewhere. He spent six years at the Ribat of Tarim under the tutelage of Habib `Abdullah bin `Umar al-Shatiri. He received knowledge and spiritual guidance from Habib `Alawi bin Shihab and later from his son, Habib Muhammad. Likewise, he learnt from Habib Salim bin Hafiz and after him his son, Habib Muhammad. Habib `Umar bin `Alawi al-Kaf was another of his many teachers.

In 1371 (1951), he travelled to Aden to earn a living and study at the hands of the city’s scholars. In 1391 (1971), however, he was jailed by the socialist government of the time, which in its vain attempts to suppress Islam imprisoned and killed a number of scholars. He spent three and a half years in prison enduring the most severe types of torture. Yet in spite of these circumstances, he was able to memorise the Qur’an. After his release, he returned to Tarim in the year 1395 (1975), where he was made the imam of the famous Masjid al-Saqqaf. Just as Sayyiduna Yusuf was given authority over the land of Egypt after his time in prison, Habib Sa`d was entrusted with religious authority in Tarim after his incarceration. The Hadrah established in the mosque by Shaykh `Abd al-Rahman al-Saqqaf more than six hundred years previously had been suspended by the socialist authorities. However, through the efforts of Habib Sa`d, it was resumed.

In 1397 (1976), he reopened the renowned school of Abu Murayyam for the memorisation of the Qur’an, which had been closed by the authorities. It was founded by the great Imam, Muhammad bin `Umar Abu Murayyam in 822 (1419). Thousands of great scholars have graduated from it over the centuries. The school is known for being a place where people attain spiritual openings and a place where memorisation of the Qur’an is made easy and prayers are accepted. Habib `Umar bin Hafiz was one of the first students to complete his memorisation of the Qur’an after the school reopened. Habib Kazim bin Ja`far al-Saqqaf also graduated at the hands of Habib Sa`d, along with many other scholars and callers to Allah. The school has since gone from strength to strength and has opened sixteen branches in and around Tarim.

In his service of sacred knowledge, he presided over a number of gatherings and lessons. One was the lesson inside the Qubbah (dome) of his ancestor, Imam ‘Abdullah al-`Aydarus, in which the Ihya’ `Ulum al-Din of Imam al-Ghazali is read. He also revived the weekly reading of Sahih al-Bukhari in Masjid Ba `Alawi which is concluded in the month of Rajab. 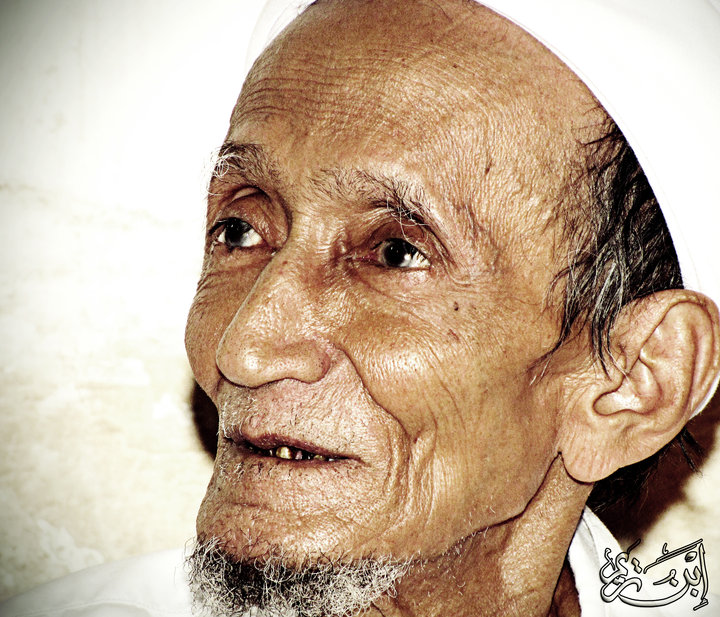 Out of his desire to benefit people, he compiled over one hundred small books on numerous subjects. He believed that a book should be short, beneficial and affordable and this is how his books are. The first of them was Kitab al-Ayat al-Mutashabihat, which assists anyone who wishes to memorise the Qur’an by mentioning verses in different parts of the Book that are either similar or the same. It was revised and published by Habib Salim al-Shatiri in 1409 (1988) and was well received by Habib `Abd al-Qadir al-Saqqaf. Habib Sa`d compiled several other books on aspects of the Qur’an as well as biographies and pieces of wisdom of many of the Imams of Hadramawt. His Kitab al-Niyat (Book of Intentions) delves deep into the science of intentions and due to its practical benefit was translated into English and several other languages. He also compiled books on subjects as diverse as remedies for forgetfulness and depression, neglected elements of the Sunnah, water, mountains, cats, ants, coffee, vinegar, apples, the heart and special attributes of the number seven.

Habib Sa`d’s door was always open to visitors, who came in droves. Hardly a single visitor left without first drinking tea and being presented with his latest book. His heart was full of mercy and compassion for all those that came to him, especially students of knowledge, whom he would assist and encourage in whatever way he could. He saw all his students as his children. He severely counseled people to respect papers on which the name of Allah or one of His Prophets was written, and not to waste food or water. 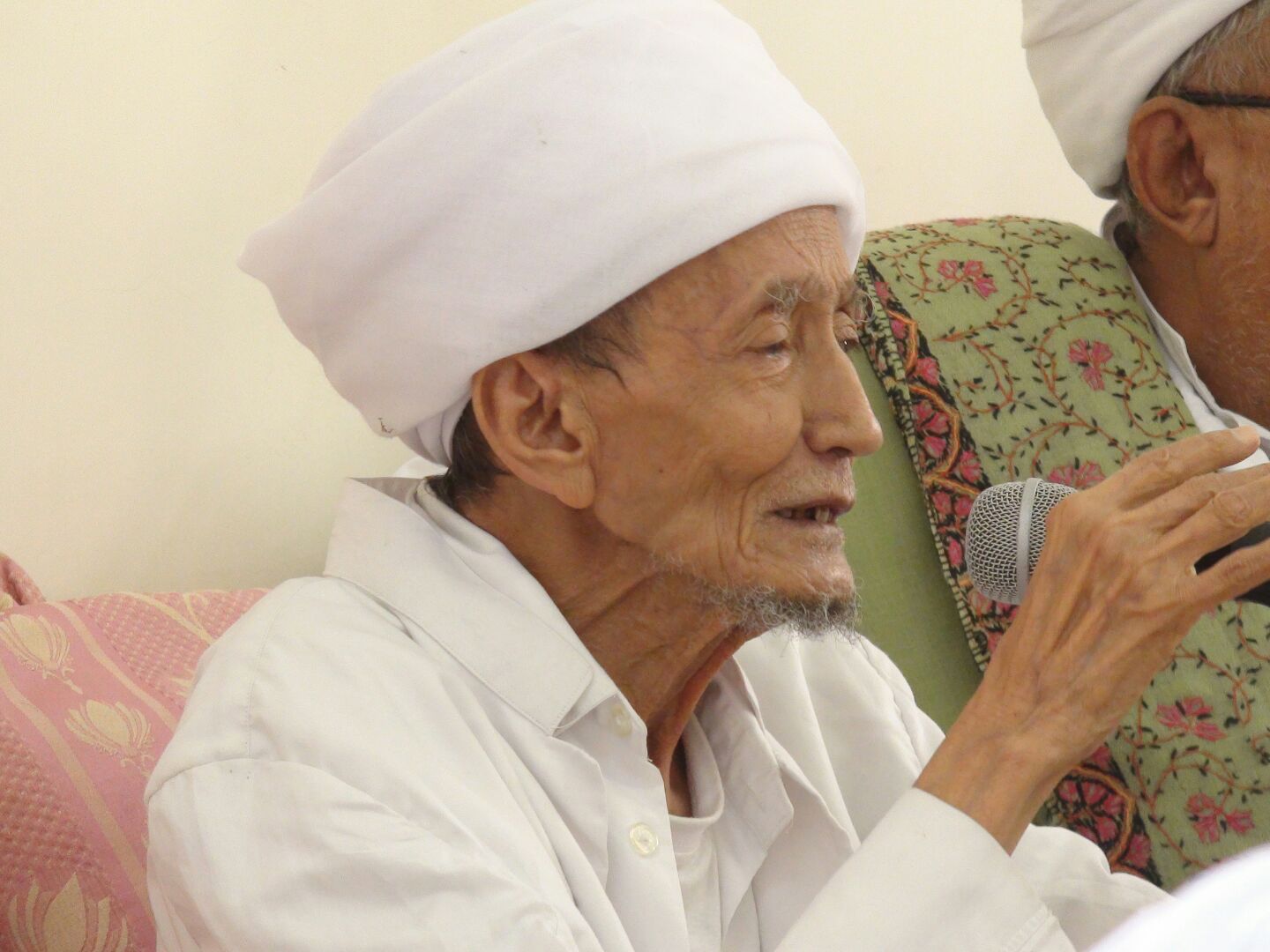 He was in a constant state of remembrance of Allah and a substantial portion of his life was spent with the mushaf or masbahah (prayer beads) in his hands. He would spend most of the night writing and researching, would go in the second half of the night to pray in Masjid Ba `Alawi and then go to Masjid al-Saqqaf to read the Qur’an with the group before Fajr.

In his final years, it was only old age and poor health that prevented him from leading the prayer in Masjid al-Saqqaf and presiding over the Hadrah and gatherings of knowledge. When he found the strength he would come, and he attended the great khatm of Masjid al-Saqqaf on the 21st night of Ramadan in the last year of his life, as well as the Hadrah only a few days before his death.

He often advised his students to read a portion of the Ihya’ every day and it is fitting that just days before his death he was given copies of a new print of the book and he spent his last hours with this great work in his hand.

He was finally reunited with his Lord on Thursday, 8th Dhu’l-Qa`dah 1432/6th October 2011 at the age of 82. Thousands of the people of Tarim and Hadramawt came out at `Asr on Friday for his funeral prayer. Before the prayer, Habib `Umar bin Hafiz and Habib Salim al-Shatiri addressed the crowd, recounting the exploits of this great Imam and calling the people to return to Allah and hold fast to the inheritance of the their predecessors. He was then buried in the Zanbal graveyard just outside the Qubbah of Imam al-`Aydarus, at the top of the path which leads down to the grave of Imam al-Haddad. May Allah have mercy upon Habib Sa`d and benefit it us by him.