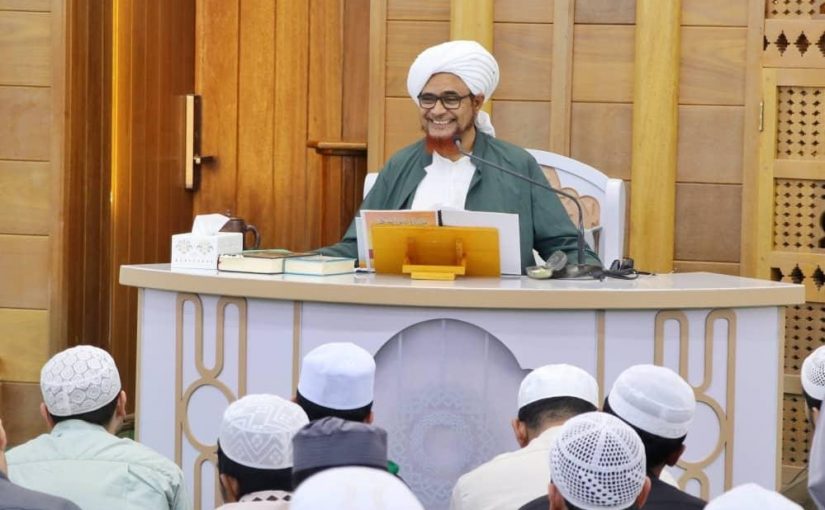 There are many times and situations in which it is recommended to perform wudu. Here are some of them:

1.       When you wish to read or carry the books of tafsir and hadith, out of veneration for the speech of Allah and His Messenger ﷺ . Allah says: If someone venerates the things Allah has made sacred, this is truly a sign of piety in the heart (22:32). When Imam Malik was asked to narrate hadith, he would perform ghusl, put on perfume and put on his best clothes before doing so. This shows you the secret of adab (correct etiquette) which is a means of elevation. When Muslims neglected these etiquettes they lost out on great good. They lost the spirit of their acts of worship while the outward form remained. One of the knowers of Allah said: “The religion is veneration for the religion.” The degree to which you benefit from any act of worship is according to the degree of your veneration for that act of worship.

One of the Companions once gave the Prophet ﷺ greetings of salam while he was making wudu. The Prophet did not respond until he had finished his wudu. He said that what had prevented him from responding was that he did not wish to remember Allah while not in a state of wudu. Saying: “Peace be upon you and the mercy and blessings of Allah,” constitutes remembrance of Allah and ‘al-Salam’ is one of the names of Allah.

3.       When you wish to study the sacred sciences, because the light of the Qur’an and the Sunnah extends to them. Someone who is studying Arabic grammar in order to be able to understand the Qur’an and the Sunnah, for example, should do so in a state of wudu. He should be in a state of wudu not just when he attends the lesson but also when he reviews it.

6.       When you become angry. The Messenger of Allah ﷺ said: “Anger is from the Devil and the Devil was created from fire. Water puts out      fire,     so if one of you becomes angry, then he should perform wudu.” In general when someone’s normal state changes they should perform wudu to help them to return to a state of calmness and balance.

7.       After forbidden speech, such as backbiting, tale-bearing or lying. Some Zaydi scholars are of the opinion that lying and backbiting invalidate a person’s wudu. So if you want to know if someone is telling the truth about something you wait for him to make wudu and then ask him about that thing. If he goes to make wudu again before praying it means he was lying.

9.       When you wish to perform ghusl it is recommended to perform wudu first

15.      After cupping, vomiting and eating camel’s meat due to the fact that some scholars are of the opinion that these things invalidate your wudu.