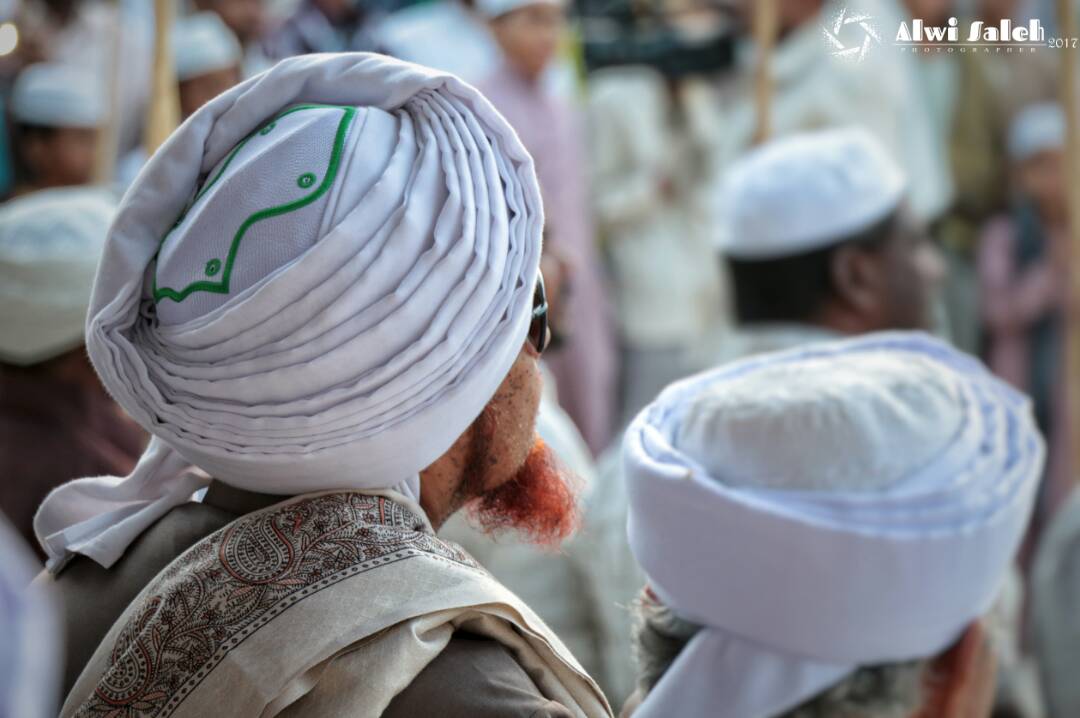 Sayyidi Habib Umar bin Hafiz (may Allah protect him and benefit us by him) calls us to reflect on the passing of time and the arrival of a new year.

We bid farewell to another year of the Hijrah of the Messenger of Allah ﷺ , a year which contains a number of days and nights. These days and nights are what make up your lifespan. If a day passes then a part of you has passed. You are but a body and spirit existent in a limited time period. When that period comes to an end you come to an end. Only those of sound intellect realise the true value of these days and nights that pass. They know that it is He Who made the Night and the Day to follow each other: for the one who wishes to reflect or show gratitude.1 Whatever anyone has achieved in these days and nights that has not increased them in reflection and gratitude has missed the purpose and fundamental wisdom for which these days and nights were created and for which mankind was created.

Likewise we welcome a new year. Every individual must look at their level of reflection and gratitude so they may obtain their provision from these days and nights. One of the meanings of reflection is removing the veils from the spirit to allow it to remember the original covenant which it took with its Lord and clearing away the dust to enable it to extend its gaze to its eventual destination. As for gratitude, everything which is of any benefit to creation comes into its sphere. The Master of Creation ﷺ said: “Should I not be a grateful slave?” He is the most grateful of creation to the Creator, and through his gratitude we show gratitude to the Creator. May Allah connect us to him in this life and the next.

It is He Who made the Night and the Day to follow each other: for the one who wishes to reflect or to show gratitude.

What are the signs and the attributes of the people of reflection and gratitude? Read the eleven attributes that follow this verse, beginning with:

The slaves of the Most Gracious are those who walk on the earth in humility, and when the ignorant address them, they say, “Peace!” (They are) those who spend the night in worship of their Lord prostrate and standing..2

Reflect upon these attributes and ask yourself what portion you have of them. Do not be content merely to pass over them superficially. Delve into them deeply, hold firm to them and embody their meanings. Each of these attributes has a residing place in your inner being. If each attribute finds its place you will, in your inner being, be one of the slaves of the Most Gracious. Every day and night you will increase in reflection and gratitude, and He will prepare you for an indescribable reward. “I have prepared for My righteous slaves that which no eye has seen, no ear has heard, and what no man can imagine.”

The majority of the people of Islam and Iman have made no preparation for the vision of the face of the Best of Mankind, accompanying him on the day of Crowding and then in Dar al-Salam, the Abode of Peace. Does this warrant you giving anything less than your all? How much have you put towards this: of your thoughts, your actions, the attributes of your heart, of the hours of your day and night?

After the death of the Messenger of Allah ﷺ, Sayyiduna Abu Bakr al-Siddiq would spend his nights crying out of his longing for him. Do we allow the ups and downs of this fleeting life and the desires of our enemies to tear these feelings away from us?

All you who believe, accompanying him is greater than anything we can imagine. There is no gift more exquisite which the Lord of the Throne may bestow than his companionship, the vision of his face and addressing the possessor of that face. He is a man like no other, the Beloved of the Creator.

If these feelings were alive in the hearts of the Ummah, all causes of evil, both inward and outward, would be removed and the Ummah would be safe from every tribulation. The level of tribulation in which we find ourselves is according to our deficiency in our love for Allah and His Chosen One ﷺ.

At the end of this year may Allah grant us the ability to please His Beloved through seeking to improve our states and our transactions and what takes place in our houses and what is in our hearts. Nothing should be more beloved to us than Allah and nothing in creation, not even Paradise, should be more beloved to us than Muhammad. No created thing can take precedence over Muhammad, because Allah Himself gave him precedence over all of creation.

For this reason, the Companion Rabi’ah ibn Ka’b could think of nothing better to ask from the Messenger of Allah than his companionship in Paradise. The response of the Messenger of Allah ﷺ was to order him to make abundant prostration. The closest a slave is to Allah is when he is in prostration. If you desire to be close to the one who is closest to Allah, make abundant prostration. One of the meanings of this prostration is to rid our houses of anything which contravenes his Sunnah ﷺ. Let this Hijri year finish and with it any contravention of the Sunnah. This is prostration. You want to accompany him but you do not want to live in accordance with his teaching?

Let this year finish and you are in a state of preparation to meet the best of Allah’s slaves ﷺ.

Extracts from a talk delivered in Jalsat al-Ithnayn, Jami` Tarim, the night of 25th Dhu’l-Hijjah 1429.