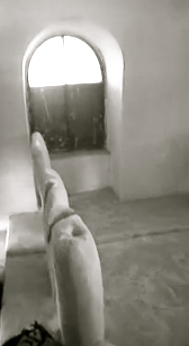 Advice from Habib Abdullah bin Husayn bin Tahir (may Allah have mercy upon him and benefit us by him) on keeping the company of the pious.

The most beneficial means of rectifying your heart, attaining forgiveness for your sins, protecting yourself from calamities and attaining everything that you wish is keeping the company of the friends of Allah, the scholars who act on their knowledge. If you see them, they remind you of Allah. Their state lifts you and causes you to seek Allah and their speech guides you to Him. Witnessing their noble attributes encourages you to attain similar attributes. Keeping their company and looking at them is an act of worship and loving them is a cause of attaining felicity. The one who is able to keep their company should regard this as the greatest blessing. He should take advantage of it by doing so with love, veneration and a good opinion of them and complete etiquette inwardly and outwardly. He should seek to benefit from their knowledge, seek blessings from them and emulate them, for “every person is with the one that they love” and “every person follows the religion of his close companion.” 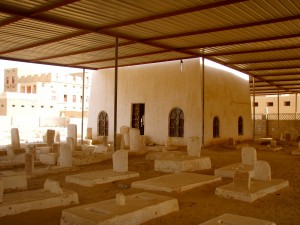 Guides of men – good tidings to the one has seen them

And kept their company even once in his life

Look at the dog of the ‘People of the Cave.’ Through keeping the company of the friends of Allah it was mentioned with them in the Qur’an, and it will enter Paradise with them.

Habib Ahmad bin Zayn al-Habashi said: “Understanding is a light which shines in the heart which is only given to those who keep the company of the pious or read their books.”

The most important thing is to have etiquette with them, for it has been said: “The one who is truly deprived is not the one who is deprived of keeping the company of the pious, but the one who keeps their company but does not show them the correct etiquette.”

Habib `Umar bin Saqqaf al-Saqqaf (Habib `Abdullah’s shaykh) said: “The most beneficial thing for the wayfarer is to remember the lives and states of the pious, especially those who lived recently because they sought Allah at a time when people had turned away from Him and Allah gave them insight at a time when most people were blind.”

If you are unable to physically keep their company then read their books, their poetry and their biographies – for “mercy descends when the pious are mentioned.” The meaning of this, as Imam al-Ghazali says, is that mentioning them brings forth the desire to emulate them and to make up for one’s shortcomings which in turn leads to entering Paradise and meeting Allah which is the true meaning of mercy. Just as “mercy descends when the pious are mentioned,” the opposite is also true: the curse of Allah descends when corrupt people are mentioned. This is because mentioning them often causes the heart to make light of acts of disobedience. This is demonstrated in the hadith of the Prophet ﷺ : “A bad companion is like a blacksmith: if he does not burn you with his sparks you will leave with a bad odour.” Just as a person’s clothing carries a bad odour without him noticing, the heart begins to make light of acts of disobedience without the person noticing.