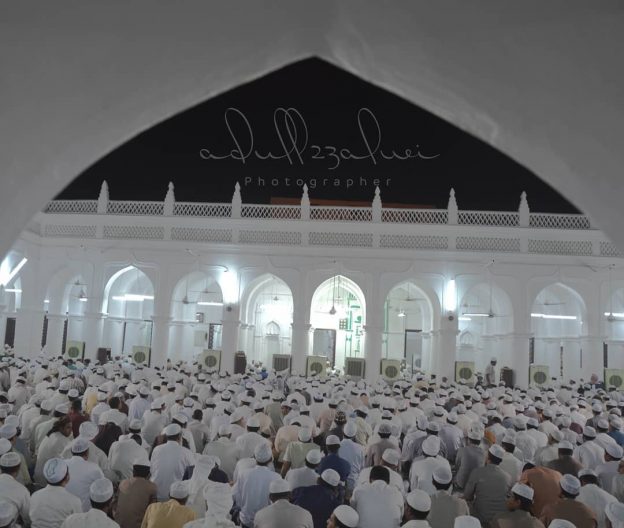 We thank Allah for the blessing of Ramadan and for all that He has enabled us to do and we ask Him to give us the best ending to this blessed month.

The Messenger of Allah  ﷺ said that on the final night of the month everyone would be forgiven. His Companions asked if this night was Laylat al-Qadr.

He replied: “No, do you not see that when workers finish their work they are paid their wages in full?”

Every night in Ramadan Allah decrees the safety of 600,000 people from the Fire (or one million in some narrations). Then on the last night He decrees the safety of the same number of people that He decreed on every night of the month. So if one million people are saved from the Fire every night then the total at the end of the month would be thirty million. Allah would then save another thirty million on the last night.

We ask Allah for the best of endings as “actions are judged by their endings.” While using whatever is left of the month to perform good actions we should also spend some time seeking forgiveness (istighfar). As some of the early scholars said this patches up any “holes” that we may have made in our fasting and is like a seal on our actions. We should have great hope in Allah that He accepts our actions in Ramadan and allows us to experience Ramadan again and again. We should intend from now the good actions which we wish to perform after Ramadan, starting with fasting six days of shawwal.

We must also pay our Zakat al-Fitr if it is compulsory for us to do so. The Messenger of Allah made Zakat al-Fitr compulsory as purification for the fasting person from vain and coarse speech and to provide food for the needy. It is thus a means of purification for the fasting person and a means of assisting the poor at a time of celebration which Allah wishes for all to take part in. It has also been narrated that our fasting is suspended between the heavens and the earth and not accepted by Allah until we pay our Zakat al-Fitr. One of the early scholars said that Zakat al-Fitr is to fasting what the prostration of forgetfulness (sujud al-sahwu) is to the prayer. We should refer to the scholars in our locality for details on how it should be paid and distributed.