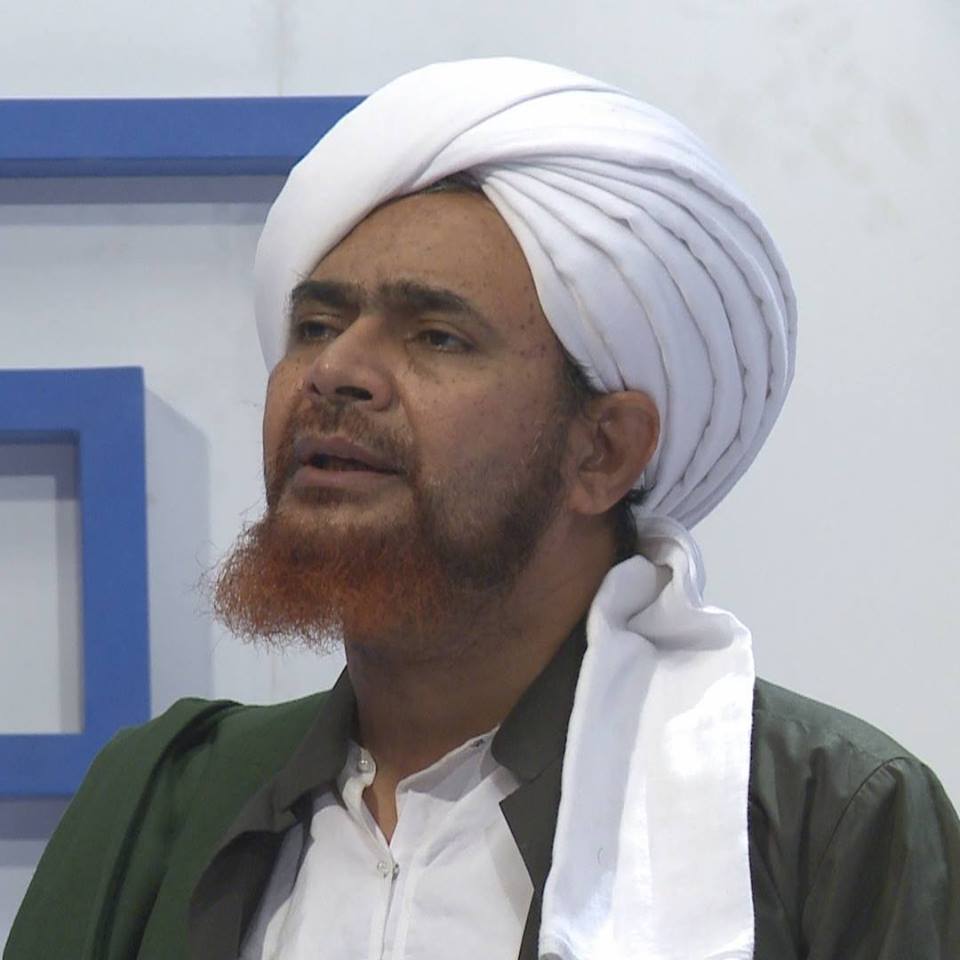 Sayyidi Habib Umar bin Hafiz (may Allah protect him and benefit us by him) teaches us that our connection to Allah and His Beloved  ﷺ  are a defence against tribulation. He also helps us to understand some of the divisions among the Companions and the concepts of tawassul and service.

All credit belongs to the Prophet ﷺ, our guide and teacher. The good works of anyone who reached any rank will be recorded in the Prophet’s book – from the Siddiqun and the greatest of them: Abu Bakr, `Umar, `Uthman and `Ali – to the first of the Muhajirun and the Ansar, to the Ahl al-Bayt, the scholars and callers to Allah. Every mosque and institute of knowledge that Allah accepted will be recorded in his book.

The Valley of Hadramawt was blessed by the Companions, the Followers and the scholars that came after them and was then crowned by the arrival of Imam al-Muhajir. From his progeny came forth many shining stars, people of truthfulness and sincerity. This is our source of pride. Neither outward appearances nor empty ceremonies are a source of pride. This path is a path of removing all ceremonies and formalities. The people of this path paid no attention to outward appearances. They paid no attention to things that have no value in Allah’s sight and which are of no benefit in the next life.

Our Prophet ﷺ said: “A sign that a person has perfected his Islam is that he leaves that which does not concern him.” This is the path a person should take in this life, knowing that which concerns him in his religion and worldly life in the light of the Qur’an and the Sunnah. That person then frees himself from the domination of disbelief which has numerous manifestations on the face of the earth. The Prophet ﷺ mentioned that tribulations will be presented to people’s hearts and this is exactly what we see today –in the name of movements or revolution or progress or other things.

When we study the lives of the Companions and the divisions that took place we only accept the narrations which are in accordance with how Allah describes them in the Qur’an. We do not allow anyone to tamper with our history. People tamper with our recent history and much of what is said is false. What the Prophet ﷺ informed us of is sufficient. He saw people having their faces torn with hooks made of fire. He asked who they were and he was told: “A man from your Ummah who lies and his lie then reaches the horizons.” Look at the precision of the Prophet’s description!

Sayyiduna `Ali said after the Battle of the Camel: “I hope that I and Zubayr and Talhah are among those who Allah described: We will remove from their hearts all rancour  – they will be brothers facing one another on couches.”[1] Sayyiduna `Ali made sure that Sayyidatuna `Aishah received the best treatment. He would pass by her tent to check up on her and he would address her as his mother. When she decided to return to al-Madinah he personally bid farewell to her. He arranged for his female relatives to accompany her and he walked not a few paces, but two miles, to see her off.

This is consistent with how Allah describes the Companions in the Qur’an: They are merciful to one another.[2]  This is appropriate for those who were taught by Muhammad. We do not accept other versions presented to us to divide us.

If we receive Allah’s light it cannot be extinguished regardless of the tribulations that come. The greatest tribulation will be the Dajjal, but the people of truthfulness, sincerity and humility and the people who love Muhammad will be safe from it. When Sayyiduna `Isa descends he will inform them of their stations in Paradise. The problem is that we have exposed ourselves to tribulations and we are deluded by what is presented to us.

If you want to be safe, enter the fortress of Muhammad. He brought us the fortress of la ilaha ill’Allah. Allah says in the hadith qudsi: “La ilaha ill’Allah is My fortress. Whoever enters My fortress will be safe from My punishment.” According to the strength of our connection to the Messenger of Allah ﷺ, we will be safe from the greatest tribulation, not to mention the tribulations that come before and after it.

It is as Sayyiduna al-`Abbas said: “Tribulations only descend due to sins and they are only lifted by tawbah.” He said this when Sayyiduna `Umar put him forward to seek rain for the people at a time of drought. `Umar said: “O Allah, we used to use Your Prophet as an intermediary and now we are using the uncle of Your Prophet as an intermediary, so bless us with rain!” The whole region was then blessed with rain and Sayyiduna al-`Abbas became known as ‘the one who brought rain to the Haramayn.’ No-one said that this was an innovation or shirk. They knew that al-`Abbas was merely a means for the rain to come.

May Allah bless those who attended this Dowra, especially in the current conditions. Why did they come? Many people suffer hardships and long journeys for the sake of a qualification or a job but what was it that brought these people here? What do they want? “The one whose hijrah was for Allah and His Messenger..” Did they come to enjoy the parks or play games?

We also cannot forget the people involved in service, which is an arena of jihad. They will gain a greater reward than many people involved in jihad in our times and in previous times. Sayyiduna Abu Darda’ said: “If someone thinks that going out to seek knowledge is not jihad then his intellect is deficient.” These people served without expecting any worldly reward. Do you think that this will come to nothing? Allah says: We do not allow the reward of those who perfect their actions to go to waste.[3] Success is in truthfulness with Allah and working together to please Him.

May Allah bless the institutes of knowledge in Yemen and Sham and bring back their strength and vibrancy. May He bless al-Azhar al-Sharif and all the places and people of knowledge in the East and West. May He revive true knowledge among them. May He unite the Ummah and protect it from all harm.