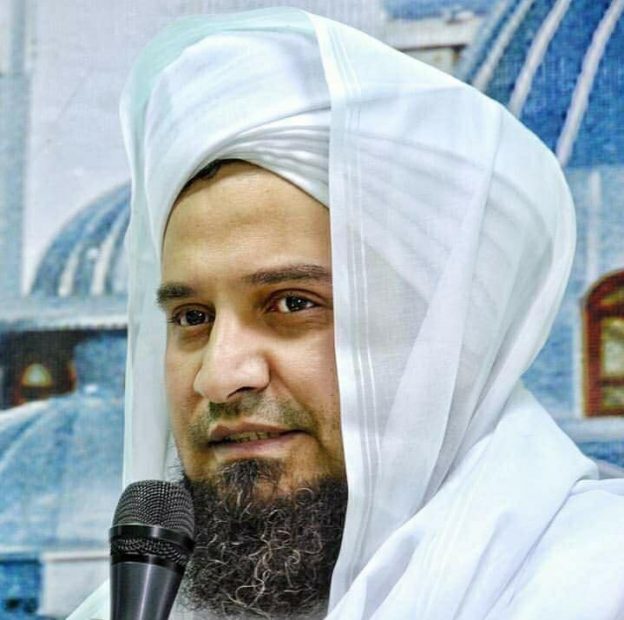 I’ll tell you what we need to boycott. We need to boycott the bad character traits, the pornography, the fashion trends, the false ideologies, the veneration for anything other than the Creator and the heedlessness that we suffer from.

There are hearts and souls that are thirsty for the light of our Master Muhammad but we have failed to spread it.

Anyone can shout and scream and make a noise – “they hit us, let’s hit them back!”

Anyone can do this but can you remain firm on the path of Muhammad? Are you able to channel that love and loyalty to the Prophet ﷺ into implementing his teachings in your house?

We have people protesting and making noise but at the same time they’re looking at things on their screen that would be a cause of disgrace on the Day of Judgement.

If you feel strongly about the Prophet, cleanse your eyes so that they do not look at that which displeases him. Then you can look forward to seeing him in his full glory.

If you feel strongly about the Prophet, cleanse your ears so that they do not listen to that which displeases him.

If you feel strongly about the Prophet, cleanse your tongue from words which displease him.

So that when you come to the Prophet ﷺ on the Day of Judgement you have taken some of his light and you resemble him in some way.

This is what would really please the Prophet ﷺ.

And it’s not a temporary boycott for a day or two – it’s permanent!

We want real change – we want the world to see the Messenger of Allah ﷺ in us!

Why is it that when they claimed that Muhammad was a liar, a sorcerer or a soothsayer it had no effect? Because when people saw the Prophet ﷺ they knew that none of this was true.

The elders of Quraysh were worried that someone might follow him just as people are worried today. Statisticians in Europe are saying that in 30 or 40 years’ time Muslims will make up a big percentage of the population and it worries them.

When al-Tufayl bin Amr came to Mecca, he was warned by the Quraysh about the dangers of listening to Muhammad so he blocked his ears with cotton. But in spite of that he still heard the Prophet reciting the Quran near the Ka’bah. He was struck by the beauty of it so he took the cotton out of his ears and listened, saying to himself that he was able to make his own judgement about it. Sure enough, he accepted Islam.

Why? Because what he saw and heard of the Prophet was not what he had been told by Quraysh.

So don’t lose sight of the real mission. If someone looked at us and what goes in our houses, would they see what they have been told about Muslims or would they see something different?

This is a big responsibility. The world is waiting for his light and his light is manifested in the members of his Ummah.

The Companion said: “The one who looked at his face knew it was not the fact of a liar.”

Could the same be said about us?

Alhamdulillah, he left us on the clearest of paths and clarified every aspect of life, even down to how we answer the call of nature.

By Allah, be firm on this and encourage others to be firm and you will see how the light spreads. Then we will be true representatives of the Prophet. Then no newspaper, cartoon or lie will have any impact whatsoever.

This is strength – don’t be deceived into thinking that this is weakness. Your lower self tells you that this a sign of weakness because it knows it’s difficult.

And if you hear someone making these offensive statements say: “O Allah, guide him and rectify him, and if not, then protect us and others from his harm so they are not misguided by him.”