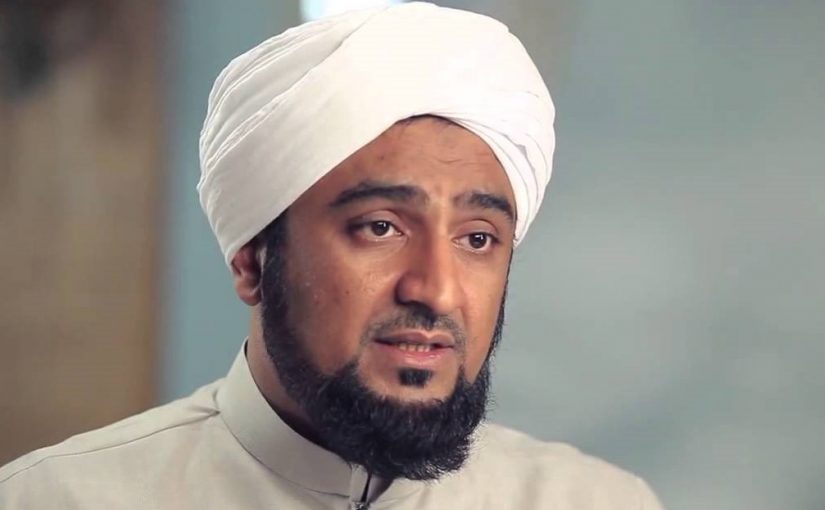 Habib Muhammad Abd al-Rahman al-Saqqaf was born in Seiyun, the principal city of Hadramawt in 1972 (1392). He is a direct descendant of many imams of the Prophetic house, including Imam Taha bin Umar al-Safi (died 1007), the first of the Alawi Sayyids to settle in Seiyun, and Shaykh Abd al-Rahman al-Saqqaf (died 819). The al-Saqqaf tribe is known in Seiyun for having produced great scholars and men of God in every generation, the most recent being Habib Abd al-Qadir al-Saqqaf.

Hadramawt was in the grip of an oppressive socialist government so his parents moved to Jeddah when he was three years old. His father Sayyid Abd al-Rahman was a doctor who would frequent the circles of knowledge in the Hijaz. As a result, Habib Muhammad grew up with a love for scholars.

He was blessed to study with some of the greatest luminaries of our time including Sayyid Muhammad bin Alawi al-Maliki, Habib Ahmad Mashur al-Haddad and Habib Abd al-Qadir al-Saqqaf. He later came under the direction of Habib Abu Bakr al-Mashhur and Habib Umar bin Hafiz.

He inherited from those great men a passion for calling people to Allah and spreading the message of Islam in its true and beautiful form. This has led him to make numerous trips to East and South Africa as well as the Arab world, South East Asia, Britain and Canada.

He tries his utmost to make his teaching relevant and accessible to a younger audience. He acts as a bridge between generations, helping young people to love God and His Messenger ﷺ and to deeply understand their faith.

Of the many projects he has been involved in, two stand out. The first is his video series Fattabiouni (“follow me”), in which he explains all aspects of the Prophetic Sunnah with the help of animation.

The second is the satellite channel Al Erth al Nabawi, (“the Prophetic Legacy”), which he set up to give people around the world access to traditional scholarship.

He has authored several short works, of which “Felicitous Ascensions” is perhaps the best known. It explains the science of calling people to Allah on an individual basis and has been taught as an instruction manual around the world.

He continues to expend every effort in continuing the work of his great grandfather, the Beloved of Allah ﷺ, connecting the creation to the Creator.