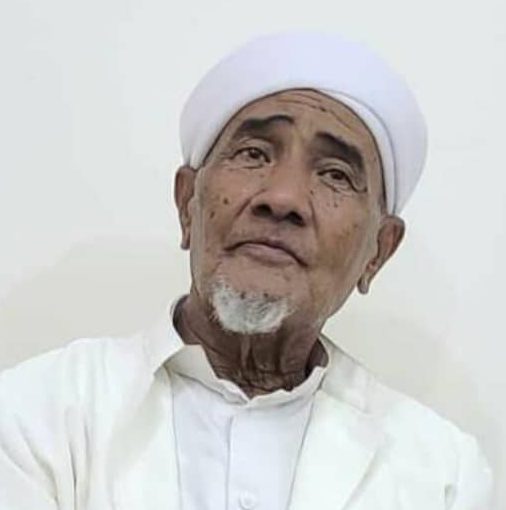 Habib Hasan bin Ahmad al-Aydarus taught for years in Tarim’s famous Ribat. He particularly loved to teach children the basics, hoping for the reward of teaching them the acts of worship they would perform for the rest of their lives.

For years he sat next to Habib Umar bin Hafiz in the mawlid gathering in Dar al-Mustafa. At the end of the gathering he would read out the names of all the children who had just been born and make great supplications for them.

He was known for the way he honoured his mother during her lifetime and later he would be seen week after week sitting in front of her grave like a child in spite of his advanced age.

He had the honour of being buried in the mausoleum of his ancestor, Imam al-Aydarus al-Akbar.

Habib Umar bin Hafiz said that he was truly someone who sought knowledge from the cradle to the grave. Up until the end of his life he could be seen sitting in the weekly study session (madras) in the Ribat making a note of any new piece of knowledge that he heard. It is as Imam Ahmad said: “I will carry the ink pot to the graveyard,” meaning “I will remain busy in the pursuit of knowledge until I die”.

His best hours are the ones he spent in prostration, in teaching and attending these gatherings.

He prayed the duha prayer and then he was in a state of wudu awaiting the time for zuhr to enter when death came to him. Whoever is waiting for a prayer is regarded as being in prayer.

As Imam al-Haddad says: “Death is a gift for the one who has excelled and is constant in his return to Allah”

May Allah raise him to the highest of stations.