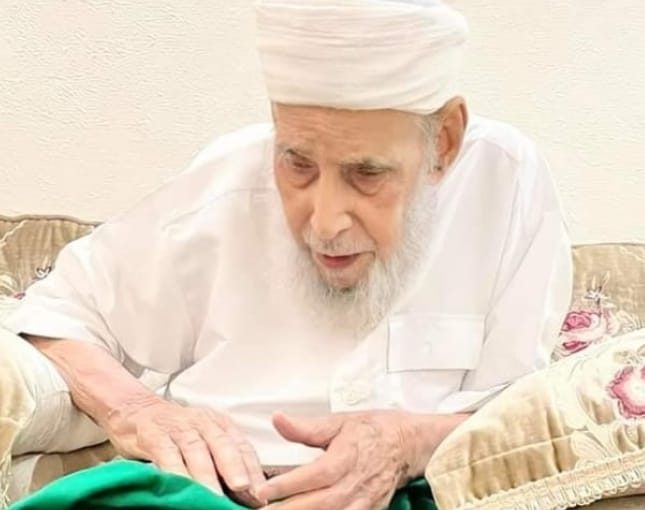 Habib Muhammad was born in the village of Budah in the Dawan Valley south of Hadramawt in 1349 (1931). His father, Habib Husayn was a saintly man who was nicknamed ‘Jibril’ due to the sheer number of times he would see the Prophet ﷺ  in his dreams.

Habib Muhammad memorised the Quran in his early years and learnt from his father. At this time, the great imam, Habib Abdullah bin Umar al-Shatiri visited Dawan and the young Habib Muhammad was able to recite Surat al-Fatihah to him.

Circumstances caused him, like many people in Hadramawt, to move to Saudi Arabia and he lived for many years in Riyadh. He worked as a proof reader for newspaper and magazine publisher al-Yamama. He established gatherings of knowledge which continued for many years.

Around 1416 (1996) he took up residence in al-Madinah al-Munawwarah. During his time in the Hijaz, he attended the gatherings of the scholars and took knowledge from them, among them Habib Abd al-Qadir al-Saqqaf and Habib Attas al-Habashi. He made several visits to Indonesia to connect to the scholars there, among them Habib Shaykh bin Abu Bakr al-Saqqaf of Gresik. He even received ijazah from Shaykh Abd al-Fattah Abu Ghuddah while they were both in Riyadh. 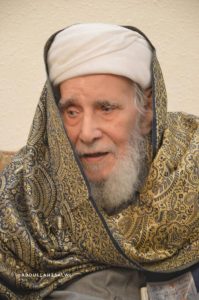 He was known for his great humility, uprightness and good character. He maintained his connection to the Quran throughout his life, completing the Book of Allah every week. His house in Madinah was open for gatherings and visitors and many benefited from him in his later years.

He passed away in Madinah at dawn on the blessed day of Juma 23rd Shawwal 1442 / 4th June 2021 at the age of 90 after contracting the Coronavirus. His janazah prayer took place in the Prophet’s Mosque and he was buried in al-Baqi in the proximity of so many of the Prophet’s Companions, Family and lovers.

May Allah raise his rank and benefit us by him.