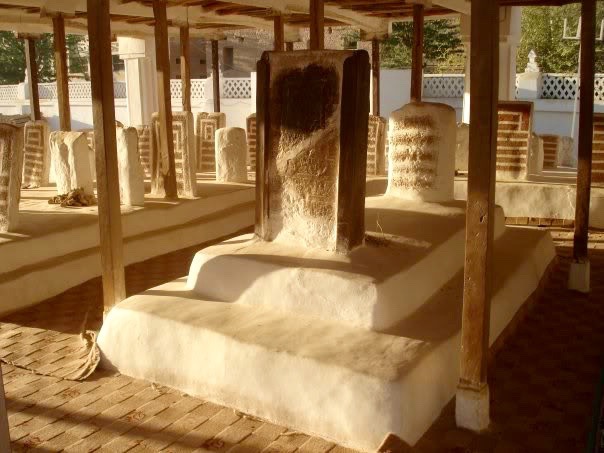 We are blessed to have a large number of letters that Imam al-Haddad wrote to his students. Each letter contains many lessons for us and paints a picture of the methods the Imam used in nurturing his students and guiding them along the path.

In this letter, Imam al-Haddad issues a strong rebuke to one of his students. Before even addressing him personally, he eloquently reminds him of the worthlessness of this life and warns him against being attached to anything worldly. He asks Allah to rectify his heart and bless him with contentment. Then comes the rebuke: the Imam says that it is as if none of the time they spent together has had any effect on him and uses a Quranic verse and one of the aphorisms of Imam Ibn Ataillah to make his point. Finally he warns him against backbiting, which can be done with the pen just as it can be done with the tongue. In spite of the rebuke, the Imam remains compassionate and tells him that he loves him and is praying for him.

My people, this worldly life is only temporary enjoyment, and indeed, the Hereafter – that is the everlasting abode.

All praise be to Allah, Who made love of this world and coveting it one of the clearest signs that a person’s heart has become hard and has been plunged into an ocean of darkness in which the raging winds of grief blow against it and the waves of anxiety break upon it from all sides.

Transcendent is the One Who gave no rest and respite to those who avidly seek this worldly life. If only instead of giving them respite, He prevented calamities from befalling them.

May Allah’s prayers and peace be upon our master Muhammad and his Family and Companions at all times.

From the one in most need of Allah the All Powerful, Abdullah bin Alawi al-Haddad al-Alawi al-Husayni, to the one who he loves him for Allah’s sake, the one who is connected to the people of Allah: Ali bin Umar Uqbah. May Allah give him relief through contentment with the bitterness of Allah’s decree. May Allah sever his attachment to this ephemeral contemptible world and allow his heart to focus on the next life which is far greater and more enduring. Amin.

Be certain, my beloved brother, that we have received your letter but we did not take any comfort from it other than from the praise of Allah which it contained and your greetings.

I am astonished: it is as if you do not know how Allah described this world in His Book and on the tongue of His Messenger!

I really wonder what effect those gatherings had upon you, gatherings that were filled with priceless pieces of wisdom. Was your heart not softened by them? Did your mind not find tranquility in them? It is as if you have no heart and no mind! If you had them they would have benefited:

Do you think that most of them hear or understand? They are only like cattle; rather, they are further astray.

Everything that has happened to you or will happen is as one of them said: “Whoever does not turn himself to Allah due to the gentle manifestations of His kindness, will be dragged to Him with the fetters of severe trials.”

I have no preference in whether you travel or not. Had you not gone against our teachings, you would not have experienced what you are now experiencing.

Never write to us again mentioning something bad about a fellow Muslim. Do you not know that the most disliked of people to us are those who backbite others?

Do not send a letter without a seal.

We are praying for you.