What things would constitute the seeker breaking the covenant with his shaykh?

These things would constitute breaking the covenant:

Having contempt for the Sacred Law or the Spiritual Path (Tariqah)

Having contempt for any of the affairs of Allah, His Messenger ﷺ or the next life

If the seeker breaks his covenant with his shaykh is it possible to rectify the situation?

The seeker has no option but to return to Allah. He may rectify the situation by making tawbah as long as he is not in the throes of death and as long as the sun has not risen from the West. Cleary someone who breaks the covenant and then makes amends is not the same as someone who has not broken it in the first place.

Please explain the statement of Imam al-Haddad: “We will not leave them, even if they leave us.”

The Shuyukh honour their covenants with those who are attached to them even if those people do not treat them well. As far as they are able, they continue to give good advice to them, pray for them and intercede on their behalf with Allah.

Allah says to His Prophet  ﷺ:

With this command Allah honours the Prophet ﷺ and affirms his station. The command also contains the meaning of granting permission (ijazah). The ijazah is one of the foundations of the religion and is especially important in the science of hadith. Scholars traditionally give each other ijazah and shaykhs give their students ijazah. The ijazah is an affirmation of what is contained in the heart of the person receiving it and is a means for the pious to exchange secrets with one another.

If a Shaykh tells you to do something or gives you permission to recite a certain invocation, it means that he sees that you have the capability and the readiness to do that thing or recite that invocation. Through that permission you may receive strength and secrets from the Shaykh. For this reason it is said that only through the ijazah do the secrets of reciting the Qur’an, the adhkar or the names of Allah become manifest.

When Allah says to His Prophet ﷺ: ‘Say,’ this is a command and also a sign that the Prophet is worthy and capable of fulfilling His command.

“Say: ‘This is my path: I call to Allah on clear evidence – I and whoever follows me.’”

So whoever takes that path will be with the Prophet ﷺ . Anyone who calls people to Allah will be blessed with being with Allah’s Beloved ﷺ. This a high station and only those who are patient and immensely fortunate will attain it.

We must, however, call to Allah with insight and on clear evidence. We cannot show arrogance or contempt to any Muslim. We cannot attack the beliefs of the Ummah of Muhammad, the Ummah to which Allah showed mercy.

“My Ummah shall not concur on misguidance.”[2]

Do we need permission to read the books of Imam al-Ghazali?

The books of Imam al-Ghazali are extremely beneficial and are quick to rectify and illuminate the heart. It is said that the early Ba `Alawi Imams praised two things to a great extent: the books of Imam al-Ghazali and the visit of the Prophet Hud (peace be upon him). This shows that there is a general permission to read the books and there is no fear for the person reading it.

I have taken bayah with another shaykh previously. May I still take bayah with you?

If his shaykh does not give him permission or if he wishes to move from one shaykh to another out of caprice he must not do so. 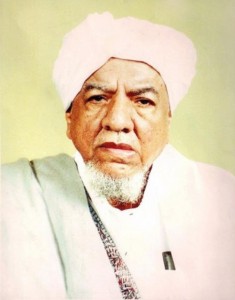 Sayyidi Habib `Umar bin Hafiz (may Allah preserve him and benefit us by him) was asked,

Who was Habib `Abd al-Qadir al-Saqqaf?

He was a complete and perfect heir of the Prophet ﷺ. His father and all his forefathers were representatives (khulafa’) of the Prophet and he inherited this khilafah from them.

He can be described as follows:

Whenever he was wrongly treated he responded in the best of ways. Whenever people fell short in giving him his rights he overlooked it. He never found fault with anything or spoke badly about anything in his gatherings. However busy he was, he never neglected reciting and reflecting upon the Qur’an. He never fell short in striving to benefit people. He said:

“If someone comes to me in need, I cannot relax until I have done everything I can to fulfill his need.”

Imam al-Haddad summarizes the attributes of people such as Habib `Abd al-Qadir as follows:

They rejected the deceptive dunya and never strove to attain anything of it. Whatever came to them they quickly spent.

Taqwa was their garment and shyness was their attribute and the Most Compassionate was the One they sought in their words and deeds.

May we live according to their way.

If we come across a new dhikr or dua should we take permission before reciting it?

Is it possible to see the Prophet ﷺ in the form of your shaykh?

The Prophet ﷺcan be seen in the form of anyone who is connected to him and anyone who has any portion of his legacy. His appearance will depend upon the state of the person who sees him.

What is the role of the Shaykh in purification of the heart?

The Shaykh is the most important means of removing the seeker’s blameworthy traits. The Shaykh is not someone who makes false claims or performs miracles but rather someone who is upright in his religion and has a sanad (chain of connection) in purification of the heart. If the seeker is truthful, Allah will cause him to meet a shaykh who will purify him.

Recordings of two lectures delivered by Habib Kazim al-Saqqaf (may Allah protect him and benefit us by him) at the Transmission Matters Conference in the UK in April 2014.